Reading the indicators: What the profit season so far says about our economy 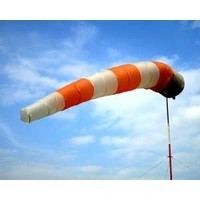 Despite constant commentary about Australia’s robust economy, the announcement by Telstra of a 5.4% lift in new profit is a welcome sliver of positive performance in a profit-reporting season that has been pocked with nasty numbers.

The numbers so far look more like those from an economy in recession than the numbers from one that is the envy of the western world – the mantra of politicians and of some economists and commentators.

With the big numbers all in the brackets (indicating losses), what are leading companies to make of the message from this scorecard?

“So far, there have been more misses than hits,” says OptionsXpress market analyst, Ben Le Brun. “And these results are coming off revisions down. Rio Tinto came out and hit earnings expectations. That was positive, even coming from revised lower expectations.”

While the economy appears to be travelling OK, Le Brun says the outlook statements paint a murkier picture. “You don’t have to peel back the onion very far to say, outside of mining, we have an economy in recession. Retail, manufacturing and tourism have not seen a lot of growth.”

Senior trader with CMC Markets, Tim Waterer, has a slightly brighter perspective. He says the markets have forgiven the poor results so far. “Whilst the reporting season hasn’t been spectacular, the [S&P/ASX 200] index is marching higher. That is because of the better global picture. We are giving some stocks a bit of pass mark because the conditions in Europe are a bit rosier.”

Not long ago, companies were very worried. A report released in July revealed a fall in the optimism of chief financial officers, which had risen briefly in the first quarter of this year. The report, by accounting firm Deloitte, revealed only 16% of CFOs were more optimistic about their company’s financial circumstances than they were three months ago – a dramatic turnaround from the upswing in sentiment seen in Q1’s results (38%).

Uncertainty in Europe was a big factor at the time, and this has since lessened, but slowing growth in China is also making CFOs nervous.