What start-ups can teach established companies 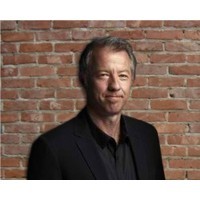 When you’re working at a large company, it’s easy to get complacent. You have a safe, consistent stream of capital, an entrenched reputation and plenty of other people to support you if you slip up. The result? A lack of innovation, leading to dozens of missed opportunities.

In recent years, start-up incubator Pollenizer has been advising larger companies which want to replicate the innovative, gung-ho culture of a start-up within the walls of their organisation.

Established businesses need to be concerned about this. Pollenizer CEO Phil Morle says a lack of innovation in established companies means they’re missing out.

“Gerry Harvey [at Harvey Norman] is a classic example. The customers are going online and there are amazing opportunities to make billions and billions of dollars. This is not the time to be stopping and complaining about online retail, this is the time to learn from it and invent the future,” Morle says.

He says Pollenizer came to the attention of large corporations following the successful implementation of one of their start-up companies.

“We conceived of, launched and sold a whole company for many millions of dollars within a 12- month period,” he says, referring to Spreets, which sold for around $40 million. “So those larger companies looked at us and said, ‘That whole cycle happened faster than we would organise the meetings to discuss whether this is an interesting opportunity’.”

It’s that spirit of innovation and flexibility that Morle thinks big companies need to learn from start-ups.

Morle isn’t suggesting you dismantle your business model. He wants to teach big companies how to set up another one that’s self-sustaining and positioned to succeed. And then take a risk with it.

He says companies tend to over-invest in their internal start-ups, making those involved too comfortable.

“We’ve found frequently when companies fail to do start-ups well they say: ‘Great, I’m going to put Simon the middle manager in and give him all the resources he needs to get that done… And then he’ll be more likely to succeed’,” he says.

But the discipline required in a start-up can be lost if you make the scenario too comfortable: No stress, no innovative solutions.

“[The solution] is the opposite,” Morle says. Internal start-ups need a gung-ho attitude. Whoever you get to lead it shouldn’t have to often report to their manger.

“[He or she] should be fully empowered to hunt down value with a limited set of resources. There should be enough support to make it possible, but not so many that people just go in and do a job where they’re focused on perfection, too scared to go out of the building and talk to customers.”

This has the added benefit of not putting the larger company at risk. “If you deeply limit the resources that are given to your start-ups… the financial risk is limited.”

The next step is to establish some distance between the parent company and the start-up.

“It would be very difficult for Telstra to try out a sloppy new product, as an entrepreneur would, with the Telstra branding all over it,” Morle says. “You should find ways to quarantine the business out of the company.”

However, although Morle says you need to be strict, he doesn’t want you to put your larger company at unnecessary risk.

Morle says larger companies could stand to learn from the discipline of start-ups.

“At big companies you can be forced to have extra levels of compliance integration, relationships and systems, and start-ups just don’t have that burden. So they’re going to outrun them.

“Of course you can have incredible discipline in big companies [but it’s] operational discipline; defining what the process is and making that process incrementally more efficient over time. There isn’t that obsessiveness which is determined to unlock that at all costs; at the end of the day, it’s five o’clock, I haven’t got it, I’ll go home. The entrepreneur inside a start-up has a different set of urgencies.”