Seven ways to get the most out of your workforce 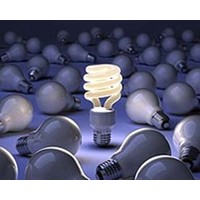 Productivity is central to businesses’ profits, but too many Australian companies don’t know how to get the most out of their staff, says the Boston Consulting Group’s (BCG) Frank Budde.

“It’s more often an afterthought… People include one or two initiatives on labour productivity in business transformations [rather than handling the issue comprehensively],” Budde says.

The trend was more pronounced in the mining industry, where companies with high productivity showed growth of 14%, and those without dropped 10%.

The results have clear implications for Australia, where productivity is at its lowest point in more than 20 years. Budde, who helped write the report, says our country needs a wakeup call.

“[Now that] this height in commodity prices is coming off it will be important to focus back on some of the traditional levers of wealth generation, including productivity,” he says. “How do we stay competitive at a global level?”

The BCG has recommended seven “levers” to boost a company’s productivity. While each company is different, Budde says the more of these steps a company implements, the greater the productivity gains will be.

“A 20% improvement is quite feasible if you pull individual levers,” says Budde. “But when companies have pulled multiple levers in unison they have got a substantially bigger impact.”

The BCG says the first step towards increasing efficiency is to re-examine the requirements of the services you provide. By sticking to the necessary and cutting out the fat you can save on input-hours while not compromising the quality of your product. The consultancy gives the example of a finance department which reduced the number of reports generated by two thirds after finding out which reports were actually being used by management.

According to the BCG, companies should improve their productivity by regularly updating their processes with new practices and technology. This can include everything from bringing in machinery to do basic tasks in mining or construction, to the implementation of self-serve aisles in supermarkets. This improves efficiency and frees up workers to focus on more complex tasks.

BCG recommends re-examining workers’ non-productive time and seeing how it can be minimised. Although every job involves some downtime (for example, breaks, waiting time and time in transit), limiting this is the key to increasing productivity. As an example, a transportation services provider reduced headcount by 20% by rostering its workforce to fit around lulls in service and bringing in part-time labour and contractors to cover peak times.

4. Right person for the right job

The BCG recommends not only looking into which services you provide, but also into who is providing them. By ensuring that skilled staff members aren’t tied up with tasks beneath their pay grade, you can keep your labour force efficient and make sure expert workers are assigned more complicated tasks.

A previous BCG survey found that over the past 15 years companies have expanded management procedures by up to 350%. The BCG says the increase has had two side-effects: managers spending more time writing reports, sitting in meetings and spending less time with staff, and the hiring of more managers to supervise smaller teams. Removing some of these unnecessary layers reduces costs and increases efficiency.

According to the BCG, increased productivity is directly linked to increased employee engagement. A BSG survey showed companies in the top quartile for engagement enjoyed a more productive and profitable workforce, with fewer safety incidents and increased customer loyalty. The BCG says a focus on personal motivators, such as employee recognition, and performance disciplines such as up-skilling programs, talent management and career development, can help increase employee engagement.

Despite the best intentions, more than 70% of change programs fail because of poorly-defined goals, poor management and a general lack of commitment, BCG reports. The group recommends a disciplined attitude to innovation: give individuals the ability and authority to succeed but set distinct milestones and take corrective action when initiatives fall behind. The BCG also encourages keeping the key stakeholders in the loop throughout the process.