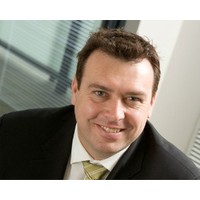 It was only seven years ago that Jim Myatt founded Australian Power & Gas, a Melbourne-based gas and electricity retailer.

Yesterday, the managing director, along with his board, told Australian Power & Gas’s shareholders that he recommended they accept an offer by energy major AGL to buy the company at a 33% premium on its listed value, or 52 cents a share, valuing the company at $103 million.

“I don’t know if you’d call it a wild ride, but there’s certainly been roller-coaster elements to it,” he said of leading the company that topped BRW’s list of the fastest-growing companies in Australia in 2011 with a three-year growth rate of 1309%.

“We listed in 2007, then we had to go through 2008-09, when we couldn’t get any debt or equity,” Myatt says. “We had to reengineer the business. Watching that growth occur, and sales pick up, has been immensely satisfying.

“To have a strategy to build something up that becomes an attractive asset to a major company in the market, there’s a sense of achievement to that as well.”

But as energy giant AGL swooped in yesterday to buy the company, a deal expected to be completed in October, Australian Power & Gas was beginning to experience brownouts.

The company forecast a full-year loss of $5 million in May, citing weakening demand and high energy prices. It also holds $55 million in debt.

According to Morningstar senior resource analyst Gareth James, it’s likely a sale of the company was always on the cards, and it’s good for the upstart’s shareholders that it came sooner rather than later.

“Australian Power & Gas was almost like a private equity play,” James says. “The founder, who was highly experienced in the industry, saw an opportunity, executed it, and had to sell within a fixed timeframe.”

That opportunity was the deregulation of the energy retailing market, which began being rolled out to residential properties in Victoria from 2004. These changes meant for the first time, electricity production was decoupled from its sale. This allowed a range of second-tier players who didn’t make electricity but were happy to wholesale it to grow their market share by undercutting the prices offered by the three major electricity companies – that is Origin, AGL and EnergyAustralia (formerly TRUenergy).

Australian Power & Gas is the largest of these second-tier players. The company aggressively grew its market share to 354,000 customers in seven years through door-knocking customers in Victoria, Queensland and New South Wales offering them discount electricity. Unlike the energy majors, the company never attempted to produce its own electricity. Myatt told SmartCompany in 2010 the company outsources everything it can, including sales, its call-centre operations and its billing.

The lack of back-end systems underpinning the growth means there’s a limit to how large second-tier electricity players can grow, James says.

“There’s a natural limit on such companies,” James says. “But under AGL’s ownership, the business will be much more profitable. So Australian Power & Gas’s loss probably isn’t reflective of what the business will generate for AGL.

“AGL has the ability to make Australian Power & Gas into a much more profitable business by stripping out costs.

The danger for Australian Power & Gas is that its reliance on electricity produced by others left it vulnerable to rising energy costs. For example, in 2009, Jackgreen Energy collapsed after a spike in electricity prices.

“If you’re a small energy retailer set up to win market share from majors, well, it can be a hazardous business to be in,” James says. “If you don’t make your own electricity, you have to hedge your exposure, which can be problematic.”

Provided it is approved by shareholders as expected, the acquisition is a coup for AGL. The only way for electricity companies to grow their customer base is to eat into the market share of their competitors, and this deal, in one swoop, gives AGL another 354,000 customers.

The price means AGL is only paying $560 per new customer. When Origin and EnergyAustralia bought customers from the NSW Government when it sold EnergyAustralia, Integral Energy and Country Energy in 2010, they paid $1000 to $1200 a customer.

“You could say AGL did very well to not partake in that, and hold back,” James says. “This reflects well on AGL’s management, who have a reputation for being very prudent and very cautious, and for taking their opportunities when they arise.”

Origin and EnergyAustralia get something out of the deal, too. If Australian Power & Gas had continued door-knocking, it would have continued to strongly compete in the electricity retailing space. So while Australian Power & Gas isn’t the only second-tier player offering customers some variety, we can expect to see a lessening in competition after the sale.

“The thing about the energy retail market is it’s effectively an oligopoly,” James says. There are a small number of large players – three – who are effectively providing a commodity. The last thing they want is a price war. And there’s been very strong competition lately, and that’s been causing problems for all energy retailers.

“So any cessation of that price-based competition will be welcomed from the industry.”

“I’m quite attracted by the North American energy market. I think there’s opportunity there. And other markets globally which don’t have huge levels of government intervention.

“Our model is relatively global. It’ll be interesting to see how it could be deployed elsewhere.”