Stand by your woman: shareholders must push for more balanced boards 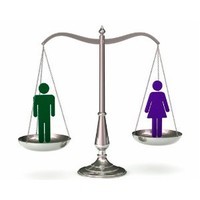 The lone lady in a suit is always a matter of interest, whether on a listed company board or in Tony Abbott’s cabinet.

Not only does it seem inequitable that women are underrepresented in these influential positions, but there is now considerable research to suggest that organisations perform better and more efficiently if there are women at the top.

Much has been said about whether governments should set quotas or targets for female participation on boards, but what about shareholder action? As the legal owners of a corporation’s equity, perhaps it is time for shareholders to push for gender diversity among their elected board representatives.

In the United States this is exactly what has happened – companies with all-male boards have been targeted by institutional investors. Over the last two proxy seasons, at least 45 shareholder resolutions have been filed asking these companies to reveal their approach to increasing gender diversity.

This is against the background of a very slow increase in female board representation. The latest Catalyst figure for women on boards in Fortune 500 companies in the United States is 16.6%, only marginally higher than the 2005 figure of 14.7%.

In a country that has rejected the concept of affirmative action, it is unlikely that strong regulatory action will be implemented. The concept of imposing a Norwegian style quota on corporate America has hardly been discussed.

So perhaps it is not surprising that women’s groups have focused their powers of persuasion not on government, but on institutional investors.

The Thirty Percent Coalition has teamed up with some of the major activist funds to try to persuade companies to consider gender diversity in the boardroom as a priority. The Coalition’s goal is for women to hold 30% of public company board seats by 2015.

In 2013 three resolutions went to a vote. At CF Industries the vote received support of 50.7%. This marked the first time a board diversity resolution received majority support.

Will Australian companies face similar pressures this AGM season? Even though at the last formal count there were 281 companies in the ASX 500 with all-male boards, with only 9.2% of all ASX 500 board seats held by women, it is unlikely.

This is for several reasons. Firstly, Australian corporate law makes it relatively hard for shareholders to file resolutions.

Section 249D of the 2001 Corporations Act dictates that shareholders can only requisition a meeting if they have 5% of the votes or if 100 members sign a request for a meeting. This has resulted in only a few large groups being able to put forward shareholder resolutions – the Australian Shareholders Association, Green groups and Unions.

As Stephen Mayne has often lamented, “The requirement that 100 signatures are necessary to produce a shareholder resolution in Australia has long been a ridiculous barrier to a proper culture of shareholder pressure.”

In the United States literally hundreds of shareholder resolutions are filed every season. Although there are still rules on who can file a resolution they are less strict than in Australia – only 1% of the votes or a total shareholding worth $2000 is required.

However, our regulatory authorities have been more active in this area. Although we are a long way off cementing any government quotas, the ASX corporate governance principles were amended in 2010 to recommend that listed companies implement a diversity policy, set measurable objectives for achieving gender diversity and measure the number of women at various levels of the organisation.

These voluntary requirements for listed companies have been backed up by the 2012 Workplace Gender Equality Act which places mandatory reporting requirements on all private sector employers with over 100 employees.

It requires reporting on a range of ‘gender equality indicators’, including workforce gender composition, remuneration equality and the availability of flexible work arrangements.

This puts us somewhat ahead of the United States in terms of encouraging companies to consider the issue of gender diversity and disclose information on their approach and progress.

Indeed, in their 2011 annual reports many large companies were already setting themselves targets for female representation, both on the board and in senior executive positions.

Shareholder activism is growing in influence. In the United States, shareholder activism (often to oust management or force business restructuring) has been on the rise in recent years with aggressive tactics placing companies on alert.

Goldman Sachs has warned that Australia may become a target for US activist investors, but not of the feminist type.

Indeed, several Australian companies have been subjected to US type tactics in the last year initiated by extremely wealthy individuals – Gina Rinehart’s bold moves to gain control of Fairfax and Mark Carnegie’s attempts to force change at Qantas are just two examples.

But although Gina is a female company director, it is extremely doubtful her primary motive was to increase board diversity.

This piece first appeared at The Conversation.

Alice Klettner has worked as a Research Associate at the UTS Centre for Corporate Governance for several years.