Should Rinehart get a seat on the Fairfax board? The debate for and against 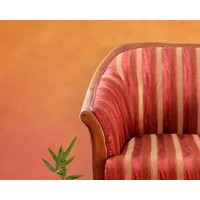 Billionaire businesswoman, Gina Rinehart, met with the board of Fairfax recently to press her case for a seat on the board. The friendly chat with Fairfax’s directors came about after Rinehart upped her stake in the company from to 12.6% in recent months.

But corporate governance experts say Rinehart’s big shareholding in no way entitles her to board representation. The director of the Centre for Corporate Law and Securities Regulation, Professor Ian Ramsay, says there is no “automatic entitlement” to a board seat for large shareholders.

“And there should be no such expectation,” he says.

However, large shareholders are usually strongly aligned with the interests of all shareholders, says corporate governance expert, Julie Garland McLellan, who sits on the boards of two listed companies.

“A large shareholder has a vested interest in the success of the enterprise, and so is strongly aligned with other shareholders,” Garland McLellan says. This helps protect against management looking after themselves first, with high salaries and expensive offices and benefits, rather than investing in business growth or improving returns to shareholders.

However, Garland McLellan says Rinehart – as the owner of iron-ore mining company, Hancock Prospecting – is an experienced, skilled businesswoman and a valuable asset to a board.

Garland McLellan was furious that the board of Ten Holdings initially quibbled about letting Rinehart onto its board before accepting her in December 2010 – soon after Rinehart increased her stake in that company to 10%. “It is the value you bring to the boardroom that should decide if you receive a board position,” she says. “You would be nuts to be on a board, and not ask yourself if such a woman does not add value.”

Garland McLellan says a 10% shareholding entitles a shareholder to a 10% of the votes on the appointment of every director, but not to 10% representation on the board.

There are many reasons an incumbent board might not open up to new members, says Dean Paatch, a director of OwnershipMatters, an institutional governance company.

“You don’t have to roll over and ask [a large shareholder] on to the board,” he says. “You don’t want them if there is a potential takeover issue, or a competitive issue.”

Paatch says James Packer’s attempt to get a board seat at Echo Entertainment is an example. Packer’s Crown Casino competes with Echo’s Star City casino. “They are competitors, and the inside information that a director gets put the board in a poor position to get the best return for shareholders [in the event of a takeover],” he says.

Board harmony is another reason a new member, however talented, might not be welcomed with open arms, Paatch says. “Fairfax is a media company, and in the situation of Rinehart, the issue is precisely what would she bring?”

Paatch says that when a shareholder’s stake reaches 20%, it is typical for boards to start talking about a board seat, although there are no rules around this. “There is an argument for bringing critics inside the tent,” he says.

At worst, Rinehart could go past the board to shareholder for a board seat, Garland McLellan says. “She is a big, strong independent woman, and she could decide to go the hard way, if they don’t invite her in.”

Rinehart could call an extraordinary general meeting and ask all shareholders to vote her on to the board, she says. “It is rare for shareholders to go against a recommendation of the board, but it has happened. One high-profile case was when the federal government used its [major shareholding] to put Geoffrey Cousins on board of Telstra.”

Ramsay says diversity is one of the factors a good board will take into account when considering an applicant. “That is clearly a factor in a well-structured board,” he says.

Suitably qualified women are becoming more difficult to find. “My personal crystal ball says there will be a scramble for women directors next year, and Gina Rinehart is on a list of very desirable board members. She’s been around the block, and she knows what she is doing,” Garland McLellan says.

Ramsay outlines several other factors a board should consider before making an appointment: