Sizing up the economy: Are we as good as we think? 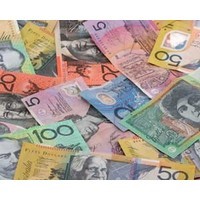 Treasurer Wayne Swan recently noted that Australia now has the world’s 12th-largest economy. This suggests it has moved up three places during Labor’s period of office, and regained the three places it had lost during the Howard government’s tenure.

“In the past five years, Australia’s economy has surpassed the economies of South Korea, Mexico and Spain. Our economy has grown around 11% since the end of 2007, while the US has grown only around 1.75%. Many European countries are still substantially smaller due to the massive recessions they have suffered. Inhabiting a place among the top dozen largest economies on the planet is particularly impressive when you consider that we rank 51st in terms of population.”

If economies are measured by converting the domestic currency value of GDP to US dollars, when a country’s currency appreciates against the USD, the economy “increases” in size as well, and vice versa. When the Australian dollar fell to around 50 cents in the early 2000s, the Australian economy was relatively much “smaller” in size.

If the Australian dollar were to fall substantially over coming years, other factors remaining equal, the “size” of our economy would also decrease. This US dollar exchange measurement, therefore, is an unsatisfactory way to measure the real size of economies, let alone wealth or development.

An alternative way of measuring the size of economies is by using a concept called purchasing power parity (PPP). A PPP index provides a way to convert national accounts to a common currency – called Geary-Khamis or international dollars – adjusting GDP to reflect different costs of living and production.

As most travellers and international investors know, the costs of goods, services and production vary considerably across countries. The most widely known use of PPP is The Economist’s Big Mac Index, as well as the lesser-known iPod Index. Both, however, are oversimplifications of PPP.

If we consider the top 20 countries on PPP and USD terms, we get vastly different results. Using IMF data, I have ranked countries on their 2012 “results”.

In 2012, China is half the size of the United States on a USD basis, compared to more than three-quarters measured by PPP. On the latter measure, the IMF estimates China to overtake the United States by 2017, but on USD terms it would still only be two-thirds the size.

India has passed Japan in 2012 to become the world’s third largest economy on PPP terms, although if Indian GDP is converted to US dollars it carries less than half the weight of Japan’s GDP and is only 10th overall, just two places above Australia.

Australia is only 18th on PPP terms, just behind Iran and six places worse than if judged by Swan’s preferred choice of measure.

Based on current projections, Indonesia will have a slightly larger economy than Australia’s in 2017. These measurements and projections will change as the Australian dollar and the Indonesian rupiah appreciate or depreciate against the US dollar in coming years.

As economies develop, the costs of living and production increase, making even PPP comparisons problematic at best and inaccurate at worst. The World Bank recalculates PPP indexes via the International Comparison Program.

It suits Wayne Swan to use the USD exchange measurement – 12th sounds much better than 18th – and it suits Parkinson to use PPP to make his points that emerging economies are now a much more important part of the global economy, and that Indonesia might leave us behind if we don’t improve our productivity and tax system.

What this all means is that we should take measures of economic weight as indicative rather than absolute, and that future projections should carry the same warning as investment products; “past performance is no guarantee of future results”.

Economic “progress” is another thing entirely, and we need to consider measures such as GDP per capita, human development, and environmental sustainability to get a more accurate picture of what is going on.

For GDP per capita, the distinction between the two methodologies is significant, with Australia ranking 6th on a USD exchange basis and 15th on a PPP basis in 2011.

On the Human Development Index, which includes a range of variables including life expectancy, literacy, education and GDP per capita, Australia ranks second behind Norway, while China came 101st, Indonesia 124th and India 134th.

Improvements in productivity – the efficiency of labour and capital – and an egalitarian distribution of the fruits of that productivity are what matters in the long-term. Getting our policy-makers and the wider population to realise that the two are not contradictory is the short-term challenge.

Tom Conley is a senior lecturer, School of Government and International Relations, at Griffith University.