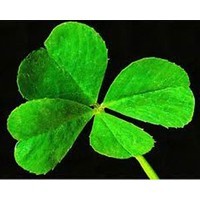 Let me start with a story that is likely to be familiar to you.

One of the greatest computer programmers of all time grew up near Seattle. He saw an upstart company, Intel, making computers on a chip and was among the first people to see the potential of these so-called microcomputers. He dedicated himself to writing software for the new device and, by one account, “He wrote the software that set off the personal computer revolution.”

In the mid-1970s, he founded a company to sell software for microcomputers. In the early history of the company, “the atmosphere was zany” and “people came to work barefoot, in shorts” and “anyone in a suit was a visitor.” But the company was soon highly profitable, and by 1981 its operating system had a dominant share of the market for personal computers that used Intel microprocessors.

For all of its early triumphs, the company’s watershed moment came when IBM visited in the summer of 1980 to discuss an operating system for its new PC. After some negotiation, the two companies struck a deal. In August 1981, retailers offered the company’s software alongside the brand new IBM PC, and the company’s fate was sealed. The rest is history, as they say.

In case this story’s not familiar, here’s the ending. This pioneer of computer technology entered a biker bar in Monterey, California, on July 8, 1994, wearing motorcycle leathers and Harley-Davidson patches. What happened next is unclear, but he suffered a traumatic blow to the head from either a fight or a fall. He left under his own power but died three days later from the injury, complicated by his chronic alcoholism. He was 52 years old. He is buried in Seattle and has an etching of a floppy disk on his tombstone. His name is Gary Kildall.

You’d be excused for thinking that the first part of the story is about Bill Gates, the multibillionaire founder of Microsoft. And it is certainly tantalising to ask whether Gary Kildall could have been Bill Gates, who at one point was the world’s richest man. But the fact is that Bill Gates made astute decisions that positioned Microsoft to prevail over Kildall’s company, Digital Research, at crucial moments in the development of the PC industry.

When IBM executives first approached Microsoft about supplying an operating system for the company’s new PC, Gates actually referred them to Digital Research. There are conflicting accounts of what happened at the meeting, but it’s fairly clear that Kildall didn’t see the significance of the IBM deal in the way that Gates did.

IBM struck a deal with Gates for a look-alike of Kildall’s product, CP/M-86, that Gates had acquired. Once it was tweaked for the IBM PC, Microsoft renamed it PC-DOS and shipped it. After some wrangling by Kildall, IBM did agree to ship CP/M-86 as an alternative operating system. IBM also set the prices for the products. No operating system was included with the IBM PC, and everyone who bought a PC had to purchase an operating system. PC-DOS cost $40. CP/M-86 cost $240. Guess which won.

But IBM wasn’t the direct source of Microsoft’s fortune. Gates did cut a deal with IBM. But he also kept the right to license PC-DOS to other companies. When the market for IBM PC clones took off, Microsoft rocketed away from the competition and ultimately enjoyed a huge competitive advantage.

When asked how much of his success he would attribute to luck, Gates allowed that it played “an immense role”. In particular, Microsoft was launched at an ideal time: “Our timing in setting up the first software company aimed at personal computers was essential to our success,” he noted. “The timing wasn’t entirely luck, but without great luck it wouldn’t have happened.”

The first step in untangling skill and luck is to define the terms. This is not a simple task and can quickly devolve into heated philosophical debates. We can avoid those, since pragmatic definitions are all that we need to think clearly about the past, present and future results of our actions and to improve the way we make the decisions that lead to those actions.

But first things first. Before we can speak of skill and luck, we have to settle on the specific activity we’re talking about. We can analyse what athletes, executives or investors do. We just have to be clear on what elements of performance we are considering.

Next, we want to agree on the measures of performance. For athletes, it is winning games. For executives, it is developing strategies that create value. The benefit of measurement is that it allows us to assign specific values to skill and luck.