Skills focus needed for Australia to reap fruits of its labour 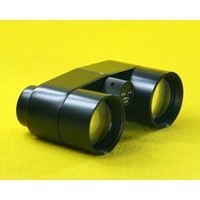 Many economic commentators with an interest in labour markets seem bedevilled by a bogeyman: the rise of Asia.

Whatever the problem that has arisen in labour markets in Australia in the past 20 years, the effect of increasing integration with Asia has usually been the explanation that is reached for first.

Declining real earnings for low-skilled workers? Well, that must be the effect of more imports produced using low-wage labour in China.

Falling employment of clerical workers and middle managers? Surely that has to be the result of off-shoring jobs to the Indian IT sector.

In some ways, this focus on Asia is understandable. Signs of our closer integration with Asia are all around us – in the changing composition of the Australian population, in all the talk of a mining boom, every time we buy a whitegood. Yet for all the concern, there is very little evidence that integration with Asia is having the dire effects often described.

Studies of international trade undertaken by the Reserve Bank and Productivity Commission have found little effect of import substitution on aggregate employment in Australia. Only within a subset of sectors that use labour-intensive production methods – such as textiles, clothing and footwear – can relatively large adverse employment effects of growing competition from imports be seen.

The story with immigration has been similar. Raja Junankar and Glenn Withers showed in a series of research papers written in the 1990s that immigration has little net effect on the labour market in Australia. An extra immigrant may mean an extra job is needed, but it also means an extra source of demand for goods and services produced in Australia. So, the effects on labour demand and labour supply largely wash out.

And while stores of call-centre and IT processing jobs being sent offshore to Asia may make interesting reading for the supplement sections of our weekend newspapers, it just doesn’t seem that the magnitude of these events are substantial enough to make a big difference to labour markets. Instead, it is technological change that appears to be the main driver of the decline in clerical and some administrative jobs.

The story of Australia’s increasing integration with Asia, in fact, seems to be very much as you would predict from a knowledge of first-year economics.

Growing international trade and migration will change the structure of economic activity in Australia. We will specialise more in production activities in which we have a comparative advantage, and buy the goods and services that we are less efficient at producing from overseas. This means there will be winners and losers in the Australian labour market.

Our economy and labour market will perform more strongly for the opportunity to focus on the activities that Australia is best suited to, an effect that will be magnified by our proximity to Asia.

The big question, I think, is what the Australian labour market can do to take most advantage of the opportunity that the Asian century presents. This is not a new question, and I don’t believe the answer is rocket science. But the question and answer are important and, for that reason, worth taking up again.

Our first strategy should be “skills, skills, skills”. Australia’s comparative advantage relative to Asia is in production activities that are intensive in high-skilled labour, so we need a foundation for continued specialisation in those areas.

This will require us to “run to stay ahead”, as Asian nations also seek to increase the skill levels of their workforces, with a recent Grattan Institute report suggesting rapid improvement in numeracy and literacy skill levels in Hong Kong, China and Singapore.

Maintaining Australia’s position as a high-skilled country is largely about increasing participation in higher education, but it is also about improving the quality of education – particularly through programs with demonstrated net benefits, such as early intervention programs to assist children from disadvantaged backgrounds.

It can also be about giving new opportunities to students from Asia. With the size of population in Asia, and the higher education systems there still having some way to go to allow the same rates of participation as in Australia, it seems there is scope to attract high-quality students from Asia who are not able to gain access to university study in their own countries.

A large-scale scholarship system targeted at students from Asia for graduate level study in science and engineering fields would be one idea for adding to the skilled workforce in both Australia and the students’ home countries.

The second strategy I would suggest is to foster flexibility and facilitate adjustment. In the Asian century, it seems that it will be increasingly important that Australian workers can be flexible in the locations where they work, and with whom they work.

More particularly, closer integration is likely to mean a higher chance of spending time working in Asia and working with Asian co-workers. Having this flexibility would seem to require some proportion of the Australian workforce to have Asian language skills but, probably more importantly, an awareness of Asian cultures, as well as a culture in Australia that values diversity in the workplace.

I have described how closer integration with Asia will be the source of adjustment in the labour market – for example, of some job losses. Easing adjustment to these sorts of changes is not something we have done well in Australia in the past.

Yet it could be a powerful mechanism for generating acceptance of change. Certainly, we have a system of welfare income support benefits to provide a safety net for those who lose their jobs as the Australian economy adjusts to changes in patterns of international trade.

We could, however, do much more to assist those who are disadvantaged by structural change in the economy to get back into work – through serious programs for re-skilling and providing pathways to re-employment.