A call for big ideas in manufacturing, but will they happen? 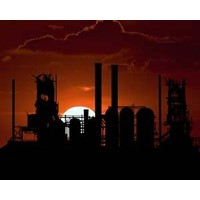 The recently released Report of the Non-Government Members of the Prime Minister’s Manufacturing Task Force provides a comprehensive and well-considered blueprint for the future of Australia’s manufacturing sector.

However, the sheer breadth of its scope may pose some significant challenges in seeing its recommendations fully implemented.

What’s in the report?

Manufacturing employs about 50,000 people and is an important part of the national innovation system. But around 100,000 jobs have been lost since the global financial crisis of 2008-2009, in spite of the otherwise robust growth of Australia’s minerals and energy sector over the same period. With around 71% of all manufacturing employment located in Australia’s non-resource rich states, it helps to explain why we have been experiencing a two-speed economy.

The report’s first recommendation is a call for the federal government to make a clear statement on the importance of manufacturing to Australia’s economic future. In doing so it seeks a policy response to the current challenges facing many manufacturing firms in the two-speed economy.

In conjunction with this long-term vision is a request for a package of short-term measures to help alleviate the pressure currently being experienced by Australia’s manufacturers.

Other key recommendations are enhanced federal government investment in infrastructure projects, and measures to stimulate residential and commercial construction.

The report also recommends a “buy-local” policy, anti-dumping measures and more support for SMEs and job skills development. It asks for the Council of Australian Governments (COAG) to take action to enhance the built environment and social and community infrastructure in mining communities.

This package of short-term stimulus is reminiscent of the federal government’s response to the GFC. It is understandable why the Taskforce has recommended these measures. However, it is questionable whether Prime Minister Julia Gillard will be willing to implement them. Her desire to produce a modest budget surplus and counter the Opposition’s claims of excessive spending in the lead-up to an election might turn such short term action into a political football. Time will tell.

The report calls for more consultation with industry in relation to the impact of regulatory changes, plus more coordination of state and federal legislation and regulations. Taxation gets attention with a desire to see lower company tax rates and more R&D tax incentives. Given the recent noises coming from the federal government’s Business Tax Working Group this is an area for significant debate.

There are also recommendations for greater investment in national transport infrastructure with more multi-modal transport systems. The need for enhanced investment in information and communications technologies (ICT) is raised, with a focus on upgrading the capacity of small to medium enterprises (SMEs). Such areas are long overdue for attention and despite the National Broadband Network (NBN), Australia’s transportation infrastructure is need of substantial investment.

Among the more politically contentious recommendations is the need to reform Australia’s energy markets to reduce energy costs, as well as reducing overlaps between state and federal carbon reduction schemes.