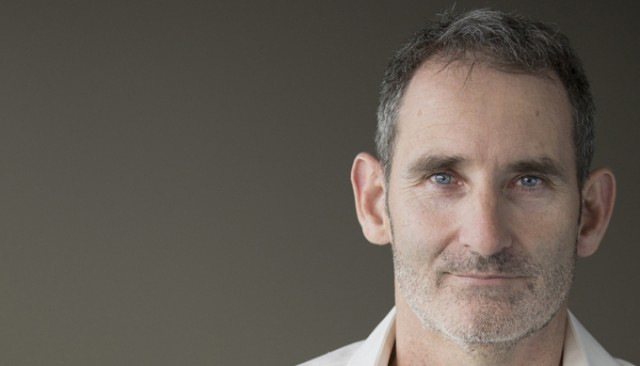 The government recently revealed an advisory board to assist with the implementation of the innovation statement. There is no doubt that with members such as Paul Bassat and Scott Farquhar the board will prove an invaluable addition to the government’s innovation policy framework and Australia’s tech and startup scene.

This new initiative will focus on a number of prominent issues, including investment in innovation, industry collaboration and infrastructure.

These are all very positive moves – but what does ‘investment in innovation’ actually mean?

If we strip back the phrase’s meaning to its core what are we left with?

I’ve come to realise that if we have to consciously think about ‘innovation’, we must be playing a defensive game. The focus on innovation has us missing the point.

The point is that jobs, not innovation, drive a strong and self-sustaining economy, and entrepreneurs create the jobs using innovation as a way to compete.

If we want large enterprise to be innovative the best way to do it is by encouraging startups to enter the market and have them attack the markets of the established enterprises.

This is happening anyway, in other parts of the world that ‘get it’; these start-ups are coming and we will use their products and services. We need these aggressive and smart upstarts here in Australia.

Innovation is the tool.

Are large non-startup enterprises influenced by governments? The answer is most likely no.

They just want to get on and keep operating. If their revenues are not under serious or actual threat you may hear positive things but their buy-in will be very shallow.

The way to make their focus laser sharp is to ensure they have plenty of annoying and more nimble competitors driving change through real or potential competitive loss with new products and services that disrupt and enable new opportunities.

I have commented in the past that for the university/research sector to play a genuine role in the entrepreneurial space they need to shake up their models away from a top-down approach.

Well, for Australia to grow into a sophisticated and world-class entrepreneurial system, we all need to be thinking from the bottom up.

We need more startups and more competition to drive our global ambition.

The current focus on innovation is largely being propped up by government dollars through research-focused efforts and organisations.

Where there is market failure there is certainly nothing wrong with this to help kick-start things and that is what government should do. But eventually, we need to be able to develop a self-perpetuating environment – a system that drives itself, so that we don’t become complacent and dependent on government money like so many efforts before.

If we keep on our blinkers to a top down, ‘engineered innovation’ approach we are missing the solution staring us right in the face.

For every Atlassian that comes out of the right side of the pipeline, we need to be pushing through a thousand startups from the left, and this process needs to start well before university.

But how do we ensure there is a consistent flow of capable entrepreneurs filling this funnel? By addressing every element of the pipeline approach, not just by focusing on innovation and growing our reliance on government subsidy.

A report released at the World Economic Forum at the start of the year found that less than 4% of the surveyed 15-25 year old Australian STEM students and workers had an interest in working for a startup.

This statistic speaks volumes. Even those students equipped with the right talent and skills to innovate are reluctant to do so – opting for a job at those larger enterprises that seem to offer much greater stability.

After three or four years in the university sector, that has such a large community concession to educate our young people not to mention the tax/fee/HECS system that funnels people to them, they turn out a product more relevant for the industrial revolution than what currently confronts us.

Given young Australians are the least prepared for the digital revolution according to the study, the pipeline approach must start in our classrooms.

It requires a complete mind shift around what kids view as traditional and what they understand as out of the ordinary or risky. And it necessitates a strong overhaul of the current curriculums as to adequately prepare students for the jobs of the future and, more importantly, to instill in them an entrepreneurial mindset from as early as they can recite their ABCs.

There is little use focusing so strongly on the university and TAFE sectors if we are not recognising the importance of integrating the appropriate teachings in the earlier years.

Tertiary education cannot just be about convincing students to choose or consider entrepreneurship as a career; it has to be about further equipping and empowering them to be smart and successful entrepreneurs.

And of course the tech community needs to be included and called upon every step of the way, so that students not only learn from “heroes” in the field but are constantly reminded that there is nothing unusual or abnormal about building their own startup.

Open and ongoing conversations need to be had so that efforts like Startup Weekends start appearing at a primary school level and co-working places like River City Labs are regularly frequented by eager pupils doing work experience.

Let us remind ourselves that it is entrepreneurs, not innovation, that will lead Australia to wealth.

Good entrepreneurs challenge with innovation but it will be the consistent and relentless approach to cultivating the pipeline that will churn out good entrepreneurs in the numbers that we need to move the dial in our favour.

It’s time we start thinking from the bottom up.

Steve Baxter is a prominent Australian investor and entrepreneur and a judge on Shark Tank Australia.

Good on you Steve! Spot on – it starts at Primary School: teaching children to think for themselves rather than learning to repeat something. As an ex-teacher (principal and teacher in Austria) I’m very much interested in the (Australian) school system.

We don’t create individuals! And we don’t provide room for innovation either.

totally, Steve. This government can’t even innovate itself to issue visas to bring in 10 specialist teachers for 6 months. Bring on the new generation…

Spot on Steve, we do need to be equipping children at a young age with entrepreneurial mindsets and I whilst I agree that primary schools play a crucial role in this, I think we need to recognise that the parents of these children will perhaps need to be re-educated just as much as (or perhaps more than) the children themselves, to provide the right guidance and support that will allow and encourage children to innovate, create, fail, take risks etc. What we are talking about is a paradigm shift for many who were themselves encouraged to “go to school, study hard, get good grades, get into TAFE/Uni, get good grades, get a good stable job, work hard, get promoted and finally retire 30 or so years later”, which worked out fine in many cases but we know is no longer adequate. As we will increasingly become a knowledge-based economy, we need to fundamentally change how we prepare the younger generations to succeed and thrive, which is tricky given the conservative, risk averse nature of our society.