Sustainable small businesses: You don’t have to be big to have an impact 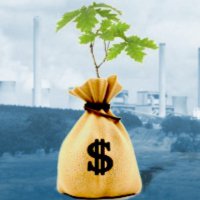 The rich aroma of coffee beans fills Pablo and Rusty’s. Customers visit the coffee roasters for the quality of the beans, carefully farmed from exotic locations around the globe – El Salvador, Ethiopia, Brazil, and Mexico. But many of the customers don’t realise the business is also environmentally sustainable.

When Saxon Wright founded Pablo and Rusty’s in 2004 he’d always valued sustainability, but he didn’t realise it would become such an integral part of his business.

“I always tried to look after the environment at a personal level. But we didn’t try and market the environmental aspect of it at first. As we’ve grown, we’ve been able to do this more,” he told SmartCompany.

“It does cost money, but this investment you can get it back. The initiatives might save you money in two, three or five years, although probably not in the first year. But even if it does cost us something, at the end of the day, so be it, it’s essential to the approach we want to take.”

While the Coalition government is trying to ensure the carbon tax isn’t around for much longer, a handful of small businesses, such as Pablo and Rusty’s, are doing their best to safeguard the longevity of the planet.

Wright’s aim for Pablo and Rusty’s is for the business to be carbon neutral. In February, Wright is travelling to Panama, Guatemala and Honduras to visit some of his suppliers.

“We want to have an input in what the farmers are doing and also understand the farmer. We want to ensure their practices are sustainable and that they’re doing what they say, so it’s kind of a check-up, but at the same time it’s to connect with them,” he says.

“Our farmers have stopped using harmful chemicals, which go into lakes and rivers, and have stopped using pesticides. It’s about being smart about how you farm and preserving the local ecosystem and biodiversity of the region. The more you do this, the more bugs there will be to look after the soil.”

The coffee beans used at Pablo and Rusty’s are shade grown – a slower process which yields a higher quality bean.

“The growth is not as fast, but this way is better for the environment and because the beans are better quality we more than compensate them. Typically, we pay well above what they would earn if the beans were sun grown.”

Wright is also working on mixing coffee waste and husking to make a usable fertiliser product, has stopped using foil bags and started using tins (foil bags have a fossil fuel base and don’t biodegrade), changed all lights to LEDs and installed solar-powered venting systems.

“We want to have closer ties with our local producers as well, and also produce more in-house. We now have lids to our paper cups which are biodegradable and we’ve just found a thermos supplier. We’re also looking at minimising gas and power usage.”

Of the world’s largest emitters of carbon dioxide, Australia is the highest on a per capita basis, emitting around 25 tonnes per person in 2010.

The latest report by the Organisation for Economic Co-operation and Development found Australia was second out of 34 advanced nations in terms of greenhouse gas emission intensity per unit of GDP. This cements Australia’s place on the OECD’s naughty list.

Australia’s animal population is also at risk, with the OECD report finding 24% of our known mammal species and 13% of the nation’s birds are classified as “threatened”.