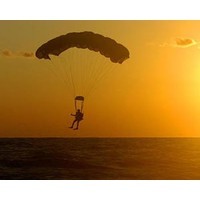 Over the weekend, the Swiss put the matter of huge executive pay-packets and end-of-contract payouts (golden parachutes) to the vote. The democratic outcome of the so-called “Fat Cat Initiative” was categorical – 68% voted for greater shareholder control over executive remuneration and for an end to golden parachutes in public listed companies.

As a result, Swiss shareholders will have a binding vote on the issue of executive pay; in Australia, shareholders have a non-binding vote. However, if shareholders vote against a remuneration report twice in a row, they have the option of spilling all board positions. The Swiss law bans “golden hellos and goodbyes” – one-off bonuses when executives join or leave a company.

The decision to put an end to large severance payouts is based on really sound evidence, says Geoff Martin, a senior lecturer in strategy at Melbourne Business School, and a specialist in the psychology of decision-making. “Severance pay is basically rewarding failure,” he tells LeadingCompany. “Those incentives can lead to speculative risk-taking. Most of us have long since concluded that the biggest single contributor to the recent global financial crisis was speculative risk-taking, most notably in the banking sector.”

Martin has studied the impact of executive pay on risk-taking. “It is hard to argue that massive golden parachutes are good for anyone. You have executives that have very large variable salaries facing the question, do I take a speculative bet? If get that speculative bet right, I make a lot of money; if I lose, there is no negative consequence.”

Corporate executives are worried about how far such laws might spread, after the European Union last week passed laws limiting the size of bonuses to twice an executive’s annual salary.

The turmoil in Europe is challenging past government orthodoxy against interfering in the free market. It would be hard to predict the attitude of the newly-elected Italian Prime Minister, Beppe Grillo, for example, a comedian-turned-activist.

Martin’s research has focused in particular on the balance that encourages strategic risk-taking but discourages speculative risk. “Risk-taking is an important part of creating value and moving society forward, and is absolutely essential. It is a matter of sound risk-taking versus speculative.”

Fortunately for boards, this impact can be measured precisely.

After examining publicly traded American manufacturing firms between 1996 and 2009, Martin and fellow researchers, Luis Gomez-Melja and Robert Wiseman, concluded: “A CEO’s potential gains from options (prospective wealth) increase risk-taking, while growth in the value of accumulated holdings (current wealth, which can be lost) curbs the appetite for risk. Our analysis allowed us to quantify how prospective and current wealth can affect risk-taking. For each standard deviation increase in prospective wealth, we found annual risk-taking rises by about 33%, and for each standard deviation increase in current wealth, it falls by 18%.”

Switzerland faces a potential backlash from the decision, however, Martin says. Companies that are now headquartered in Switzerland may decide to move to more lenient jurisdictions. “It is wonderful that they are trying to show leadership, but there may be a cost to their economy. It is a really difficult job to find the right person for right job at that level. Executives have a lot of power. The people who make the decisions about where they are based are the CEOs. There are some costs, but you have seen it the banks – some have shifted to Asia … potentially moving away from regulatory risk.”

The penalty for breaking the new rules is a fine of up to six times annual salaries and up to three years in prison.