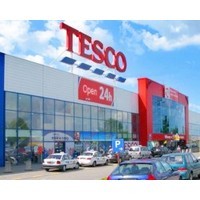 Former ACCC head Graeme Samuel has a bit of free advice for the supermarkets.

“The supermarket-supplier issue has been a political issue as long as I’ve been involved in competition policy,” he said in Melbourne yesterday.

For that reason, he said, supermarkets need to do something to take the heat out of the issue before it’s decided for them.

“They should have a voluntary code of conduct as to how they deal with their suppliers,” he said.

“I suspect that might take some of the heat out of the political issue that we’re seeing.”

Coles and Woolworths might be wise to take Samuel’s advice. After all, a voluntary code is one they could control, and compulsory legislation surrounding how supermarkets deal with their suppliers is not unforeseeable. It’s an issue that’s garnered significant public attention and one where neither of our major political parties wants to be seen to be against the public sentiment.

And there is precedent for policing the relationship between suppliers and the supermarkets they rely on. The United Kingdom has had that sort of thing for more than 10 years.

The British legislation hasn’t always worked as intended. But last month, it was beefed up considerably, with the formal appointment of an adjudicator with the power to investigate and fine the UK’s 10 largest supermarkets for breaches of the Grocery Supplier Code of Practice.

To understand why the UK has gone down this route, it’s important to understand what came before, said Rona Bar-Isaac, a competition and regulatory law expert from British law firm Addleshaw Goddard.

In the UK, grocery sales comprise nearly 9% of GDP. And like in Australia, a high proportion of those sales are in the hands of relatively few large supermarket chains. The four largest – Tesco, Sainsbury’s, Asda and Morrisons – account for 65% of total British grocery sales.

That investigation led to a Code of Practice in 2001.

“That code was widely regarded as a failure,” Bar-Isaac said. For one thing, it was fairly vague. In its design, both suppliers and supermarkets wanted a measure of flexibility, but this left key parts of the code open to interpretation.

This compounded problems in dispute resolution. The method for this introduced by the code was mediation, which required consensus by both parties.

In response, the competition regulator launched another investigation into the grocery sector, which resulted in a vastly beefed up code.

Gone was the mediation and in its place came binding arbitration. Agreements with suppliers, previously often relying on little more than word of mouth, now have to be written down.

Supermarkets were banned from making retrospective changes to the agreements they arrived upon with their suppliers. And all supermarkets turning over more than £1 billion a year are forced to employ compliance offers devoted to assuring they stick within the code.

The key way this would be enforced was through the appointment of a dedicated Groceries Code Adjudicator, funded by a levy on the 10 largest supermarkets, with investigatory and retaliatory powers.

The inaugural adjudicator, Christine Tacon, was formally appointed at the end of June, more than five years after the current code came into effect (her appointment was held up by a lack of legislation backing her powers). In her former life, Tacon spent 11 years negotiating with the supermarkets as the head of a major British agricultural supplier.

“I’ve been in the middle of it,” she told a Melbourne University public symposium from London yesterday. “I’ve been frustrated by it.”

She stressed that her powers did not relate to prices, or to figuring out whether consumers were being treated fairly. She’s just empowered to apply the code regarding the relationships between supermarkets and their suppliers.

But she’s well empowered in how she goes about this. She has investigatory powers to investigate breaches of the code, and when she finds a breach, she can name and shame the offenders by requiring them to take out ads in major newspapers.

And where this isn’t sufficient, she’s empowered to issue the supermarkets with fines. And she wants these to be hefty. “I’m considering fines that are a percentage of British turnover,” she told the symposium. “It has to be punitive.”

It’s worth emphasising just how significant this level of power is. Our own competition regulator, the ACCC, can only investigate breaches of the Competition Act. To stop companies taking anticompetitive actions, or to issue fines and other punitive measures, it has to take the issue to court, where a judge decides on whether or not its case has merit.

Supermarkets will be able to dispute Tacon’s assessment through the British High Court, but Tacon will not need to wait for a successful prosecution through the legal system to seek redress.

She said she had two priorities for her first few months. Many suppliers are still frightened to come forward with stories of contract changes for fear of being barred from selling to the supermarkets in future. So she’s getting out there and building contacts within British supplier communities.

“When I do an investigation, everyone has a right to remain anonymous,” she said. “I need to stress that anonymity, and the fact that I operate from a pool of evidence, and not one person’s testimony.”

Her second priority is to educate and clarify the issues around the code, so that the supermarkets do not breach it unknowingly.

“None of the retailers want to break the law. And they don’t want me to find they’ve broken the law.

“So I see the compliance officers as my allies.”

Tacon has been in her role for just over a month. She has yet to issue any fines or conclude any investigations, but says she’s looking into several issues that suppliers have raised with her.

The next two to three years will reveal how the system has worked, said Bar-Isaac. “There was a lot of hope for the 2001 code to offer guidance. That didn’t happen. I hope it happens under the adjudicator.”