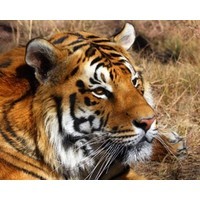 The rise of Chinese consumerism marks a new phase in the development of international tourism.

Australia is the first western developed country dealing with the challenges and opportunities of mass travel to and from China. As Chinese travellers spread their wings, others will observe our attempts to navigate cross-cultural exchanges with an emerging global superpower.

According to figures from the World Tourism Organisation, by 2020, East Asia and the Pacific will receive 397 million international arrivals, double the 2010 figure. China will receive a third of these (130 million) making it the world’s leading destination. 100 million Chinese will travel overseas.

Within China itself, 2.6 billion domestic arrivals were reported in 2011. Though the 860,000 who travel to Australia in 2020 is tiny in comparison, the impact on our cities and regions will be evident. Through face-to-face encounters with Australian residents, Chinese visitors will be a constant reminder that the Asian century has arrived.

Though approved status has subsequently been granted to other western countries, for example Canada in 2010, Australia has enjoyed a head-start.

While the status involves leisure travel, its indirect impacts extend to other forms of mobility – business travel, visiting friends and relatives and international students. It indicates that China’s government trusts the partner and promotes business and diplomacy. It has prompted Chinese airlines to introduce Australian services, backed by a Chinese government commitment to longer term success and viability.

International tourism boomed in the post-war era, but will rise exponentially as the populous nations of China and India hit their straps. While the so-called “tigers” of Singapore, South Korea and Taiwan powered an earlier phase of Asia-Pacific tourism, the increasing mobility of mega-populations will compound the order of magnitude.

But the earlier Asian “tigers” did not insist on reciprocity when they liberalised outbound travel. This allowed Australia to pursue a “cargo cult” approach to tourism with government coffers replenished by progressive waves of inbound expenditures. It was one-way traffic with culture and diplomacy marginalised, apart from business delegations and school exchange groups.

Asian tourism only entered the Australian consciousness briefly during the 1980s when resentment at alleged “colonisation” boiled over during the peak of Japan’s Queensland resort investments.

China, on the other hand, will expect commitments from destination countries wishing to enjoy the economic benefits of their outbound tourist.

It views outbound travel as a single component of a three-dimensional phenomenon – inbound, outbound and domestic. Achieving a balance between inbound and outbound travel will rely on reciprocity and inter-governmental dialogue.

Australians will travel to China in greater numbers, buoyed by the high dollar. And side-trips from familiar Hong Kong into less familiar Guangdong, are extending to Beijing and Shanghai and to historic Xian and scenic Guilin.

Taking to the air

China also aspires to be a major aviation power.

The prominence of Middle Eastern carriers has already provided Australians with a taste of diplomacy through airlines. China is emerging as a stopover for travellers to Europe with multiple daily flights from Australia to Guangzhou, Shanghai and Beijing and onward connections to European cities.

The frequencies offered by China Eastern, China Southern and Air China to Rome, Paris and London will trump those offered through established stopover ports. Jetstar Hong Kong and Virgin Australia will play a lucrative, though minor, role.

Since China wants Western visitors, the Chinese carriers will raise their Australian profile through influence. Before long symphony orchestras, sporting codes and stadiums will be brandishing sponsorships from Chinese carriers.

The impact of Chinese tourism will be both proportional and absolute. Tourism Australia estimates over the 2010–2020 period, Asia is projected to contribute around 55% of the projected 2.2 million increase in visitor arrivals to Australia. China is forecast to account for approximately 42% of the growth from Asia.

China has already displaced New Zealand as market leader and now rates first for visitation and spending. Can we cope?

Arguably, multicultural cities such as Melbourne with their resident Chinese populations are well placed to accommodate a visitor influx. But Melbourne is already juggling the pressures of population growth and liveability.

Residents will confront influxes of unfamiliar, non-English speaking faces sticking closely together. Though relatively fewer, China-bound Australians will share these experiences. China will be challenged in its welcome for these visitors, as it copes with domestic travel. Despite the experiences of the Beijing Olympics and Shanghai Expo, these changes will be challenging.

The 13 years of co-managing the Approved Destinations Status scheme has provided the Chinese and Australian destination authorities with a good start in sharing their coping strategies.

But the growth in numbers will particularly challenge Australia’s highly monolingual approach to cross-cultural communication. Technologies such as iPhone translation apps will help, but remaining a welcoming and “relaxed” country will demand patience in the face of unfamiliarity.

In China, the accommodation of billions of domestic visitors and 130 million internationals will inevitably lead to conflicts, posing a challenge to Chinese (and Australian) diplomats to be true to their vocations.

I recently visited cosmopolitan Shanghai and contemplated the population of our whole continent (23 million) housed in a single city. The once-vilified “Asian hordes” should be a source of opportunity, not fear. But numbers undoubtedly count and the world will be watching.

This is part of the series Australia in the Asian Century. You can read other instalments at The Conversation, where this article first appeared.