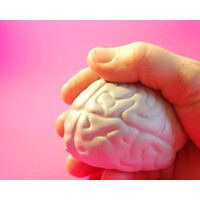 As I said in a previous blog, I found The Emotionally Intelligent Manager: How to develop and use the four key emotional skills of leadership by David R. Caruso and Peter Salovey a disappointing read, along with almost half of the 38 reviewers on Amazon.com.

I believe one of the major problems with book is the Emotional Blueprint model advocated in the book which states that Emotional Intelligence (or EQ) comprises four related abilities:

The problem with this model is that it says it is the transient emotions that are important. I disagree. I believe what is essential in lifting your emotional intelligence is an understanding of temperament, which is that part of the personality which is genetically based and is what determines our habitual emotional response.

Caruso and Salovey do refer in passing to some people having typical ways of looking at the world. They and call these dispositional traits.  I would argue the opposite and say all of us have core dispositional traits and that it the mixture of these traits with some being dominant and others weak that make us all unique.

Daniel Goleman, who put EQ on the map with his 1995 magnum opus, Emotional Intelligence: Why It Can Matter More Than IQ, has the same problem. His definition of EQ as four stages: self-analysis of emotions, self control, empathy (understanding the emotions of others) and social skills has become widely adopted.  Yet while Goldman describes what EQ is and why it is important, he fails to describe how you lift it.  Again, his problem is that he is both confusing emotions and temperament and has no underlying model.

The model I have found best at explaining temperament is the Humm-Wadsworth Temperament Scale. This model says we are all slightly insane and as I get older, I am more and more relaxed about this hypothesis. The model also says we have seven core emotional drives based on the six most common forms of insanity, and a seventh drive that tries to bring logic and order into our personality.

I like the Humm because it uses seven components, whereas many other models use only two or three variables to analyse people and are too simplistic and put people in a box. And why is seven important? Seven is the limit of short-term memory, as demonstrated in George Miller’s famous paper.