Economic Pulse: What’s wrong with GDP, and what could we measure instead? 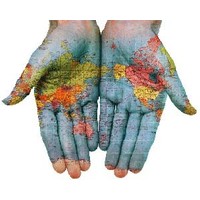 What’s wrong with GDP, and what could replace it as the primary measure of societal progress?

The first part is easy. Everyone knows GDP only measures the market value of production. Things which aren’t sold – like housework or volunteering – have no value to a country’s GDP.

GDP doesn’t differentiate between good or bad production. Countries experiencing natural disasters often experience a short rise in GDP, as they work overtime to repair, prompting a rise in production.

And GDP makes no account of depleted resources and pollution.

Aside from all that, it’s a fairly robust measure of progress. It’s used all across the world, allowing for easy comparison, it’s not subjective, and it’s simple. It measures what it measures well, even if there are vast gulfs it doesn’t touch.

GDP has enough going for it that, despite its problems, various attempts to shift the focus onto other indicators which better measure societal progress haven’t had much luck, at least so far.

The founder of the New Economics Foundation in London, he’s a statistician who’s been working on alternative indicators to GDP since 1992. In 2006, NEF first published the Happy Planet Index, which is now one of the world’s leading statistical measures developed as an alternative to GDP.

Speaking to LeadingCompany in Melbourne, where he was addressing a session of the Happiness & Its Causes conference, he said he thought GDP was a really bad measure of how people’s lives are going.

“It’s the dominant measure of progress. But economic output shouldn’t be the goal of government. The goal should obviously be for people’s lives to go well. We wanted to measure that.”

The Happy Planet Index has similarities with other quality of life indices, like the UN-developed Human Development Index, which focuses on health and education. However, it adds a twist to previous indices by also measuring ecological cost. In this way, it’s an efficiency measure, showing how much value society can get for its use of natural resources. This tackles one of the largest failings of GDP.

“I wanted our measure to be aligned with the great challenges of the 21st century, which I would say are continuing to fight global poverty, sustainability, and the fact that people in rich countries are still not fantastically happy,” Marks says.

The Happy Planet Index isn’t the only countermeasure proposed to the problems of GDP.

Just in Australia, there’s been movement on the issue. In 1997, think tank The Australia Institute first published the Genuine Progress Indicator. Since then the think tank has continued to advocate for broader measures than GDP to be used as a yardstick for national progress.