The dark side of innovation: Michael McQueen on why staying relevant is so difficult 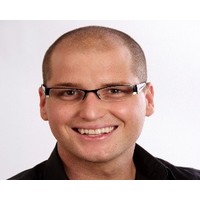 The past few years haven’t been short on iconic Australian companies going bust. Plenty more are teetering on the edge.

This has the CEOs of Australia’s biggest corporations worried, Michael McQueen tells LeadingCompany.

McQueen is a consultant to brands such as Vodafone, Pepsi, AMP and KPMG. He’s also the author of a new book being released this week, Winning the Battle for Relevance.

“My clients have been freaked out, and that’s what’s behind the book. I wanted to look at why the mighty fall; and what we can do to stop it.”

McQueen’s book focuses on iconic companies because he says they’re the ones everyone hears about. But they’re far from the only ones finding it hard to adapt to the fast pace of change upending many an industry. It’s an issue that affects the smallest businesses to the largest, he says.

As the speed with which technology improves accelerates, the paradigms on which business models are formed keep shifting. A globalised world means one where you never know where the next challenge will come from. Staying relevant is staying alive, but it’s a tricky tightrope, McQueen says.

Businesses can innovate too quickly and too senselessly, finding themselves out of their depth. Or they can do nothing and calcify in the process.

“The goalposts keep moving and businesses are trying to figure that out. Business models that worked for decades no longer work.”

But shifting a business model is difficult and, done wrong, can be the death of your business.

“Most businesses die of indigestion rather than starvation,” McQueen says. “Look at Billabong. It was so iconic, but it grew so quickly and moved too far away from its core. It was almost engaged in empire-building.

“That’s the dark side of innovation. It’s important for businesses to know what to say yes to, and what to refuse. Too many businesses stretch themselves into all sorts of markets, compromising their DNA in the process in places where they have no clue how to compete.”

In the book, McQueen charts what he calls a ‘relevance curve’.

At the first stage, a business is still trying to find its way. It’s not relevant, and it’s not clear on its market.

Time and experience helps it reach the second stage, where it hits its stride.

“When you’re in stage two, people start to copy you,” McQueen says. “That’s how you know you’re getting noticed, and that you’re highly relevant.”

“It’s a very exciting stage, the best stage, but also the most dangerous. Because that’s when the intoxication of success kicks in.”

McQueen reels through some brands he thinks are in ‘stage two’ right now: Google, Hyundai, Zara, Samsung. “Perhaps Apple? Or have they passed it? I’m not sure.”

Brands that aren’t careful see their relevance peak, and can transition into stage three. “When you’re there, you can see you’re not as ‘hot’ as you once were. But you can ignore it. Things are still okay. You’re not at the point of crisis.

“Companies can regain their relevance from stage three if they realise it and change things up.

Otherwise, they slide into stage 4 eventually. Stage four is obsolescence.”

This obsolescence is not inevitable, McQueen says. Plenty of companies have managed to recognise they aren’t leading as they once were, and turn that around.

In 2002, the fast-food giant posted its first quarterly loss in 52 years. It was driven in part by the wave of negative publicity spurred by films such as Super Size Me, which looked at the disastrous effects of eating nothing but McDonald’s for an extended period of time.

“McDonald’s brought out new menu items, and did things like adding nutritional information. They regained lost ground, and they got ahead again.”

They didn’t do this by, say, bringing out a new line of energy drinks. When planning a turnaround to stay relevant, it’s important that companies look closely at what makes up their corporate DNA. “It’s a re-set. You get rid of the traditions, products and people who are holding you back. Almost like pruning a garden.”

Is McQueen’s medicine a prescription for constant anxiety?

He doesn’t think so, describing it as one of ‘constant vigilance’ instead.

“The thing is, the moment you think you’ve got a winning formula – that you can relax – you’re past it. You can become irrelevant so quickly now.”