The emotional intelligence of Tony Abbott 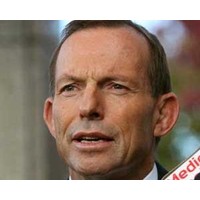 In June I published two blogs about how to recognise corporate psychopaths. A reader posted the comment that I had described Tony Abbott perfectly. I replied to the comment by saying that I disagreed with the observation, but promising to produce an analysis of Tony Abbott. Unlike some politicians, I do like to keep the promises I make so here is my analysis of Tony Abbott. The model of temperament that I like to use is the Humm-Wadsworth. Tony’s two strongest components are the Mover and the Politician.

The outstanding characteristic of Tony Abbott is his unbelievable energy. He is driven by the desire to communicate. He is always doing something and meeting people. During the final 48 hours of the last election he did not sleep.  He just kept going like the Energiser Bunny. Tony is an extravert.  The weakness of the Mover is that he or she can be impulsive. Tony does have a history of shooting from the hip but he is learning to control it.

Tony shares with Julia Gillard a strong Politician component. Politicians are driven by the desire to win. They seek power and are steadfast, decisive, and forceful. They are very good in arguments and very persuasive. Politicians often become managers in large organisations. They can make decisions and justify them afterwards.

One weakness they have is that once they have taken a position, they can be very stubborn and refuse to change. One reason the current battles between Gillard and Abbott are so fierce is that they both have very strong Politician components in their temperaments. Gillard’s is probably stronger but Abbott has enough to become leader of his party and the CEO of Australia

We all have a little psychopath in us, and so does Abbott, but it is not strong. Politicians who have a high level of Hustler are charming, flexible and know how to bend the rules. Graham Richardson springs to mind, as does Bill Clinton and Bob Hawke. These people can develop great empathy with the voters and have the elasticity to bend in several (and often opposing) directions. It is a useful quality in a politician.

Labor, and Gillard in particular, have attacked Abbott relentlessly. A major problem they have is that he was a hard-working and effective government minister. Many of the reforms he introduced were kept by the current Labor government. Someone I know who was a consultant to the health department (and a Labor supporter) said of Abbott always read his briefs, always asked intelligent questions, and made decisions. Indeed, this person said that Tony was one the best health ministers Australia has had.

I realise that the polls are showing Abbott will win the next election comfortably. I concur with this view but for different reasons. Politicians have to campaign in poetry and manage in prose. They must connect emotionally with the electorate. Two powerful links are family and religion, and here Abbott wins handsomely. His ostentatiously uxorious family life sets a model and image that Gillard can’t match.

He is also fervent Catholic. Religion may not play well in the inner suburbs but no one criticises Tony’s beliefs in the outer suburbs; indeed they relate to them at a visceral level.  Australia media commentators discuss religion vary rarely but for connecting emotionally it is a very powerful tool.