In parliament, it’s the end of yesterdays 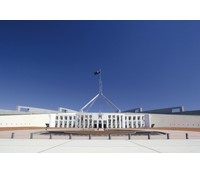 This week’s parliamentary sitting represents the end of five years of yesterdays. This will clear the way for the silly season when current affairs declare that there is not enough happening to justify air time for more union bashing, gender wars, surplus derision and stopping a “peaceful invasion” (to quote Tony Abbott) by boat people.

Expect a barrage of character assassinations against a handful of female lawyers, corrupt union officials, dole bludgers and phony asylum seekers. Don’t be surprised to hear more of the nanny wars and calls to reverse the industrial relations bias that has moved us back to before WorkChoices.

This week marks an interesting watershed in the gender wars. Julie Bishop, deputy leader of the Opposition, has taken up the challenge against the Prime Minister, Julia Gillard.  Greens leader Christine Milne will take up the environment war over the deals that have been signed off on water and forest issues. Greens senator, Sarah Hanson-Young, will fight off a Coalition move to race to the bottom that would reintroduce temporary protection visas, and the Attorney-General, Nicola Roxon, will be accused of bias and failure to defend our borders.

All this recycling of yesterday’s conflated rage reflects a fundamental effort to sufficiently polarise the electorate to avoid the return of all those independents and (very cross) backbenchers and ex-party politicians.

The traditional divide on class and status lines has broken down and the shock-jocks capacity to channel blame against male refugees and women leaders is failing to thrive.

The Coalition is seeking to mobilise unskilled male malaise and highly-skilled female demand for middle-class welfare to generate a belief that the economy is about to go the way of Greece.

The Government is struggling to push longer-term investments in education and aged-care reforms that appeal more to women and to people in the service industries than to a couple of million job seekers who feel betrayed by the demands that they must go back to school, learn new sills and improve their productivity.

The Greens are successfully setting the agenda for new voters, younger women and public servants who feel powerless to protect even their traditional job security.

And then there are the vast array of alienated “other” voters who are looking for local champions for single issue concerns that none of the major parties can afford.

All around the world the “fistful-of dollars” electoral bribes are being rejigged as “responsible and affordable” austerity measures for minority interests and deferred promises that the best is at least a couple of budgets away.

The large blocs of locked-in voters, who vote along traditional party lines, will have broken down by the time that Federal Parliament resumes in the New Year. The capacity of the major parties to rely upon generalised focus-group fantasies will be replaced by detailed database driven congeries of electors with very discrete demands.

The keys to this new set of benefit-buying voters will be a combination of younger, better educated, more mobile, well informed, service industry and uncommitted voters.

As we saw in recent campaign for the president of the United States, our own federal election campaign next year will see a new focus on community engagement, child, family and aged care service provision and regional development.