The eye-opening impact of a lack of sleep 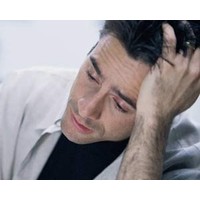 If you experienced the blues after a long weekend, you may be among the millions who don’t get enough sleep and cause workplace productivity losses of up to 30%, according to recent research.

Sleep deficits seem to be a serious problem. Almost a third of all working adults get six or fewer hours of sleep each night, according to American research. According to most sources, adults usually require between seven and nine hours of sleep a night to function optimally. Chronic sleep loss and sleep disorders are estimated to cost the nation as much as $16 billion in health care expenses and $50 billion in lost productivity, medical journal NIH Medline Plus says, citing studies from the National Centre on Sleep Disorders Research.

Wharton practice professor of management Stewart Friedman says the expectation in most workplaces is that employees should be fully alert during the entire span of their working day. Employers, of course, have formal “breaks” built into work schedules. “But often the span of expected work without rest is longer than employees can [manage to do while maintaining] 100% effort and focus,” he says.

More creative ways must be found to tackle sleep deficits hurting workplace productivity, because individuals vary in their need for rest, Friedman argues. “We would go a long way to increasing productivity if we made it legitimate and easy for people to take short periods of rest when they need to do so.”

In today’s highly connected world, sleep is a casualty also of text messages and emails that arrive at times when employees should be either relaxing or settling into bed for the night. “People feel this constant need to be connected,” noted Wharton management professor Nancy Rothbard in a recent [email protected] article. “There’s no priority structure. Everything is urgent. Everything is red-flagged.”

Studies show that inadequate sleep leads to deficits in cognitive performance, including the ability to think clearly and quickly, perform efficiently, remember things and drive safely, according to David Dinges, associate director of the Center for Sleep and Circadian Neurobiology at University of Pennsylvania School of Medicine, which has conducted studies on the subject for several federal agencies. Sleep deficits are also linked to higher rates of obesity, less effective emotional regulation, diabetes, heart disease and other issues, he adds.

Why do people lose sleep? The US Department of Labor’s American Time Use Survey, which measures the amount of time people spend doing various activities, including paid work, childcare, volunteering and socialising, shows that people tend to give up sleep time for paid work, but not for unpaid work like household duties. Because they are compensated for their hours spent on the job, “people will get up earlier, go to work earlier and work longer for greater compensation — and in doing that they will lose sleep,” says Dinges.

Long commuting times only add to the problem by extending the work day further. Jet lag is also difficult to overcome for business travellers. “The disruption of the circadian system and the effect [jet lag] has on inadequate sleep often leaves them at a significant disadvantage relative to their local host,” says Dinges. Caffeine and other stimulants have limits on their effectiveness, he adds.

Recovering from a sleep deficit accumulated over five nights requires more than one weekend night of sleeping longer, notes Dinges, who is currently researching such “catch-up sleep.” Moreover, he finds that many people report that they cannot sleep two consecutive nights consisting of nine-hour stretches because their biological clock wakes them up — not to mention noise, light and other disturbances. (And those with small children will agree that there’s usually no hope of sleeping past 7 a.m. on the weekend.)

Epidemiological studies show that “very, very few people” can manage with four or five hours of sleep, although many claim that they can, says Dinges. People who consider themselves “committed” to their work like to brag that they don’t need eight hours of sleep, because sleep is associated with laziness in some people’s minds, he adds. Those who seem to thrive at their jobs despite sleep deficits often have more flexibility with regard to getting their work done, he points out. “People get by even with deteriorated performance from inadequate sleep by simply not being under [as much] pressure [as others].”

And while it may seem that well-compensated CEOs and other high-level executives get away with less sleep, Dinges points out that they often catch-up in limousines and in airplanes, and by consuming a lot of caffeine and other stimulants. Also, he finds that these individuals engage in “wake-promoting” activities, like standing at their desk or holding conversations. “At meetings, they are not the ones who have to sit and listen; they get to stand and talk,” he says. “If they had to sit and listen, they would find out they haven’t had adequate sleep.”