The importance of ‘mental contrasting’ on innovation 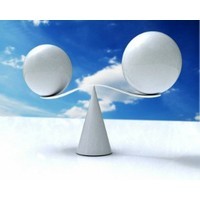 There has been so much written about the power of positive thinking in the last few years, with motivation gurus telling us to visualise or imagine success, and that by doing this, it will become ours. However, the latest scientific research suggests that it might not be this simple, especially when it comes to innovation.

Gabriele Oettingen and her colleagues from New York University set out to investigate how to improve performance on tasks requiring innovative thinking. Half of the people in the study were given fake feedback on a test they had completed, telling them that they were highly creative, while others had been told they were only moderate in their ability.

In addition, some participants were asked to engage in ‘mental contrasting’, whereby they had to imagine how awesome it would feel to solve some problems that required creative thinking, while also imagining some of the obstacles they might encounter when trying to solve these problems.

After the ‘pre-work’, all participants got stuck into working on a creative problem-solving task.

Those who had received the positive feedback and engaged in ‘mental contrasting’ performed significantly better than other groups. In particular, they performed better than those who had received positive feedback, and only visualised what success would look like with the problem-solving tasks, as opposed to also considering the obstacles and challenges they might encounter.

So the next time you are working on an innovation project that requires an element of creative thinking, spend some time not only focusing on your own creative abilities and what success could look like, but also on considering what kind of obstacles or sticking points you might encounter on the journey.