The key to happiness: RMIT makes a positive attitude a KPI 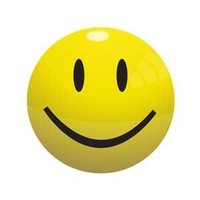 The key to combating unhappiness at work? Make it part of how you measure your staff’s performance.

At least, that’s the approach being taken by RMIT University, along with a number of other Australian organisations. A report in today’s Age states the National Tertiary Education Union is gearing up for a fight over a new industrial code, despite losing a case at Fair Work Australia last week on the university’s right to introduce the new agreement. The new ‘behavioural capability framework’ requires staff to meet a list of behavioural expectations, including promoting the positive aspects of their work and displaying passion for the job.

RMIT’s shift is a controversial approach to an uncontroversial phenomenon. It is well publicised that happy workers are more productive workers (see our story: The science behind the smile). And, the research makes clear, happiness is contagious.

But can workers be ‘made’ to be happy?

Yes, but it’s not about demanding it, says Tristan White, CEO and founder of The Physio Co.

“I think happiness is probably the most important thing in terms of creating a productive workplace,” White says.

“At The Physio Co, we put a huge effort into happiness.

“[But] it starts from something bigger than that – in the core purpose of organisation.”

The Physic Co provides physiotherapy to aged customers – not normally a career of choice for physiotherapists for whom tending to the injuries of elite athletes or working in private practice is considered more prestigious. Put simply, The Physio Co’s purpose is to help older people stay mobile.

“Everyone in the organisation is working on something bigger than themselves… so it’s not just about them – it has purpose.”

A clear organisational purpose naturally leads to an expectation workers will focus on their work and not on their personal lives. It helps workers compartmentalise, because they think what they are doing at work is important.

“When they show up to work they focus on their job,” says White. “They do their best, and get recognised and rewarded for it.

“If they have something serious in their lives… then absolutely we encourage them to take leave. Because when they’re at work … we’ve got an important purpose, and with that in mind people do it very easily.”

White says while The Physio Co places great focus on the happiness and engagement of its staff, it’s an informal process. “It’s part of the culture and the conversation,” he says.

“It’s not something we enforce, because it comes back to selection. If we select the right people in the first place, we don’t have to enforce our views on them.”

The enforcement strategy has seemingly, at least in the short-term, backfired for RMIT.

“I applaud RMIT for addressing happiness and attempting to make a more positive workplace,” says White. “I just think their execution of forcing people to do it may not get the best result. They could be going about it in a different way.”