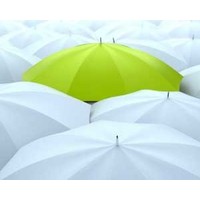 What’s the best way to help the world’s poor? The answer may not be giving them more aid. What people need to break the cycle of poverty is work. A small but growing industry known as impact sourcing is addressing that need head-on by hiring people at the bottom of the pyramid to perform digital tasks such as transcribing audio files and editing product databases. Essentially, it’s business process outsourcing aimed at boosting economic development.

Samasource, a non-profit based in San Francisco, is fast becoming a leader in this market. Founded in 2008 by Leila Janah, Samasource is still small: Just 30 people work at the organisation’s headquarters. But it has already established 16 work centres in South Asia, Africa and Haiti, which have paid more than $2 million to 3,000-plus workers. That relatively large impact suggests that the organisation’s approach has a lot of promise.

Samasource stands out for its ability to address the significant challenges that impact sourcing faces. For one, people at the bottom of the pyramid don’t necessarily have the skills or experience to perform knowledge work. And though potential customers may like the idea of impact sourcing, most still make purchasing decisions on the basis of price, not social impact. Finally, building a microwork business requires significant capital investment in an information technology platform that can co-ordinate the work.

Samasource has developed a model that effectively tackles each of those issues. That model follows five key principles:

Samasource’s first challenge was to set up a network of centres that would offer workers the right training and infrastructure. Because the organization lacked the capital to build a wholly owned network, it teamed up with local entrepreneurs who had the resources to open franchises at a cost of about $25,000 each. The deal was that Samasource would find the customers and then pay the centres to execute the work.

Identifying people with the capability and willingness to open a centre was critical. Janah believed that many prior economic development efforts had failed when unwilling participants were handed a new “opportunity.” Therefore Samasource used a “pull” rather than a “push” model: partners had to reach out to Samasource. To aid this process, Samasource held information sessions in targeted areas. Candidates needed to come to the sessions with their own capital; they couldn’t just expect a handout.

The franchise model not only allows Samasource to efficiently use its limited capital but also builds the entrepreneurship capability in a region. And it ensures that more profits stay in the area the organization is trying to help. In some ways, this setup is risky. If entrepreneurs see a better opportunity elsewhere, they might abandon ship. But Samasource doesn’t select franchisees who are focused only on making money; it makes sure its local partners share its mission of dramatically reducing poverty.

2. Set the stage for success

Selling the centres’ services to corporations requires a consultative approach. Customers need help scoping and adjusting their processes so that they can get value from microwork, and Samasource plays a key role in preparing them to hand off projects. Typically, Samasource sets up small pilot projects, in which it trains the centres’ staffers and irons out the kinks in processes with the customers. During the pilots Samasource often identifies additional services the centres can provide. Samasource’s staff also makes a point of understanding the skills native to each region so that it can channel projects to centres best equipped to handle them. Samasource tries to match projects to the local employees’ capabilities.

Sama means “equal” in Sanskrit, and Samasource was founded on the belief that all people are equal and that anyone who has the necessary commitment can complete a job that needs to be done.