The new C-suite: How and why it is changing 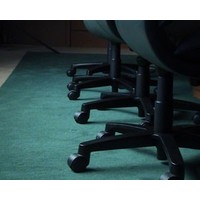 For the ambitious, there is good news: there are more opportunities to break into the C-suite and have direct access to the chief executive and board than ever before.

The number of roles within the executive has grown from about three to six or seven in recent years, says Nick Waterworth, the managing partner of private C-level search and interim practice, Watermark Search International. Research in America shows a similar trend with increasing demands on chef executive officers as a result.

In addition to the new roles in demand in Australian companies, especially those in the Top 100, there are also new qualities and characteristics that will take managers into leadership roles.

The path from middle manager to C-suite

“You are not going to get to the top without being an accomplished people manager and communicator,” says Waterworth. “It is the soft skills that get you through the middle-management bottleneck – shareholder management, thinking – that is what gets you there.”

With few new positions in the C-suite, the C-level jobs on offer at the moment are replacements. Companies are struggling to grow sales for a variety of reasons: the high Australian dollar, global competition, the online threat and low consumer confidence. Company boards want to see change.

Waterworth says: “They will say to me: ‘We’ve had someone in the job for five years, and they are OK, but what we want is someone who can rattle the cage, and change things’.”

They are looking for entrepreneurial qualities: people who like to change things, remodel teams, and challenge strategies. “Leaders whose skills are in maintaining the status quo are not doing well at the moment,” says Waterworth.

“One example is the chief risk officer,” Waterworth tells LeadingCompany today. “In the past, this role would have been confined to banks and insurance companies, but now many industrial companies are appointing a CRO.”

Heightened awareness of financial, environmental and political risk has meant that this role, previously tucked into the duties of the chief financial officer (CFO), has emerged into the C-suite in the Top 100 including mining, utilities and manufacturing companies. “The board and the CEO will want to know the risk is covered off,” Waterworth says.

HR has been elevated to a specialist function in leading companies, Waterworth observes. “More companies are realising they need a specialist HR function. They are bringing it in-house, and trying to up the ante in the quality of the HR director.”

Boards are worried about the threat and cost of high turnover, losing top talent and mishandling occupational health and safety or dismissal. They are also tuned in to the relationship between HR and business outcomes, increasingly focusing on developing and retaining talent, and reporting on this in their annual reports.

However, the HR director has not made it onto the board in Australia. In America, there is a chief human resources  officer, but here boards are happy if the HR director reports to the CEO. “They have access to the CEO and the board for presentations, but they are not on the board yet,” Waterworth says.

Retail chain, David Jones, recently appointed a chief strategy officer, a position that is rare in local management and more widespread overseas. Waterworth says the appointment makes sense in the case of DJs, where the retail industry is in turmoil from the level of competition, consumer confidence and the internet. More broadly, strategy is the province of the CEO. One factor influencing this is that many of the biggest companies here are headquartered overseas, where the strategy is decided upon, and implemented here.

One of the fastest-changing roles, the CIO is now a linking role across every aspect of the company. Finance, HR, operations, and sales and marketing are all IT-dependent, and the CIO’s role is to measure the technology complexities against the business case, and to help all the C-suite leaders to use technology effectively and efficiency.

More recently, the CIO is vital to the company’s strategic planning. “The CIO role is more important than ever,” Waterworth says. “The technical skills are taken as read. What gets you this role is your ability to work as part of a management team, not to hunker down in the IT department. It is to engage with marketing, HR, finance. IT has evolved into a communications, leadership and thinking job.”

Additions to the C-suite are making CEOs very busy. According to American research published in February this year, the size of the C-suite has doubled – a factor confirmed locally by Waterworth.

Although the CEO is run off their feet with so many reports, the new C-suite brings a depth of understanding to the leadership role, and quick access to information.

The role of the chief operations officer, while very important, has not changed a lot, nor has the general counsel. The role of the CFO has been reduced by handing off some responsibilities to new roles, such as CRO.

Chief commercial officer: a single point of contact for all the commercial functions, such as innovation, product development, marketing and sales.

Chief human resources manager: locally, the HR director reports to the CEO, but is not on the board.