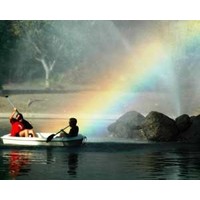 The nomination of Paul Ryan as presidential hopeful Mitt Romney’s running mate is another example of how opposition candidates around the globe are brushing up deflationary, negative and confidence-killing campaign strategies.

Incumbents are facing hordes of voters baying for the heads of wealthy equity losers and business owners who want someone to pay for their failure to find the pot of gold at the end of the rainbow.

As indicated in earlier columns, a new gold standard is being introduced by the central bankers to substitute bullion for bonds as part of the European bailout programs. It is little wonder that Wayne Swan does not want to take his mining tax to the gold industry as it is on life support from the European, Indian and Latin American banks. They are all desperate to prop up the fiction that everything will be OK on the day after the Melbourne Cup.

Just as the High Court in Australia shot holes in the legality of Gillard’s ‘Malaysian solution’, the German Constitutional Court ruled in September that the budgetary powers of the Bundestag could not be delegated to any EU body under the Basic Law – the founding text of Germany’s vibrant post-war democracy.

The Constitutional Court warned that open-ended liabilities are unconstitutional. The Bundestag may not establish “permanent mechanisms which result in an assumption of liability for other states’ voluntary decisions, especially if they have consequences whose impact is difficult to calculate”, it ruled. Chief Justice Andreas Vosskuhle said that any major step towards EU fiscal union would require “a new constitution” and a referendum.

So this leaves investors with a sense that nothing much will happen until after the Winter Olympics in 2014 in Sochi, Russia. Then we will all know which of two paths governments are going to follow to rebuild global business and consumer confidence.

US House Budget Committee chairman Paul Ryan has detailed what he sees as the choice of two futures. Either a path to debt and decline, or a stronger, more prosperous path of less debt, lower taxes, and greater opportunity for generations to come.

For those who have not been following the ‘Path to Prosperity’ proposed by the Wisconsin vice-presidential candidate, it is worth noting the similarity of the campaign themes to those on show here.

Cut government spending to protect the highest earners from paying the same percentage of tax as their secretaries.

Protect the special interest groups associated with defence spending while demanding that health, education and climate change measures are wound back to achieve a balanced budget.

Restore economic freedom and cut central administration to explain how to put the brakes on national government programs like health insurance, communication networks and sustainable energy.

Reverse the President’s policies that drive up energy prices and promise more local controls to enable the states to raise costs to reduce dependence on foreign oil and give incentives to big business.

Cut the number of civil servants (without any reduction in the quality of services, to be sure) by taking power away from government bureaucrats and empowering local communities to take on running the schools, hospitals and environmental planning initiatives.

The odds increasingly favour the re-election of Obama, a ECBC bailout of European banks and a steady return to growth over the coming year.

For leading companies this sets up the electoral themes for the coming year: doom and gloom unless we have a change in government against a belief that everything will be fine by the time we are watching Putin’s Sochi portable stadiums in the winter of 2014.