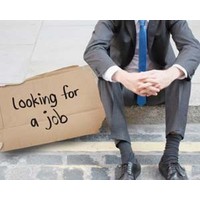 A new spectre is haunting the world economy – the spectre of informality. The term describes people who are either working in informal arrangements with their employers or who are irregularly self-employed. In either case, these workers lack job security. Until a few years ago, informal employment generally referred to the economies of the developing world. This is no longer the case.

In light of the staggering increase in youth unemployment in the “rich” West, informality has gone global. It is the inevitable result of businesses seeking more flexibility in the face of structural change and economic decline. With fewer job prospects in general, informality is affecting people in the middle and late stages of their working lives.

Both developed and developing countries have long aimed to provide more inclusive economic growth. What is different now is that it is the developing countries that are having an easier time realising this elusive goal. More and more of their citizens are reaching the middle class.

In the developed nations, by contrast, there is a growing sense of exclusion and frustration – from the “indignados” of Spain and the Occupy Wall Street movement in the United States to the short-term contract holders in otherwise economically successful countries like Germany. There is also a rising concern about whether the limits of growth have been reached in this part of the world.

Even in the ever-optimistic US, young Americans are moving back home in increasing numbers because they can’t find jobs after graduating from college. Reports in US newspapers about such ”boomerang’’ kids are nothing new – but they used to refer solely to those in more dysfunctional economies like Italy’s.

It is true that, purely in terms of jobs, Western countries may get some relief as a result of their declining birth numbers. As baby boomers retire in ever larger numbers, the odds are that young people will eventually find jobs. But this hope may prove to be an illusion: there isn’t a lot of evidence to support the notion that jobs can be easily transferred from the old to the young.

Regardless, waiting around for baby boomers to retire isn’t an economic growth strategy. Nor does it make safety net programs like Social Security in the US any more stable. And yet a well-functioning safety net is precisely what differentiates a formal economy from an informal one.

Informality takes a high toll on young workers. Young people who begin their working lives with temporary or short-term employment start out with lower wages, and this lowers their lifetime earning potential. While workers in their 20s don’t tend to think about retirement, it is an undeniable fact that their retirement prospects are being shortchanged by informality. These workers are also less likely to receive the schooling and training opportunities that formal-sector employers often provide.