Lost or not? The Toyota way 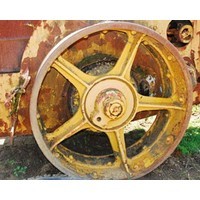 Knowing my passion for disciplined innovation, our resident optimist Potter raced in with his latest find – a “big ideas” test and a set of innovation principles* – proclaiming the items “great for those of us who of us who know that sustained innovation demands a systematic approach. They’re clear, simple and action oriented.”

Potter’s excitement attracted Megan who walked in, peered at the page and announced in a brittle tone “I’ll be back”. Ten case studies and 110 pages later she returned, paused, adjusted her glasses, and declaimed: “Of the 14 principles four are blinding flashes of the obvious, three more are flawed and the background research is riddled with lazy logic. It would struggle to earn an undergrad credit.” I looked up at Potter, who ventured in an unusually meek tone: “Let’s not be too academic.”

Megan rounded on the section on innovation and quality management, where Toyota’s culture is described: a strong focus on teamwork and consensus decision-making; and continuous improvement (CI) practices that seek problems and minimise blame.

She continued “The Toyota style is not to create results by working hard. It is a system that says there is no limit to people’s creativity. It brings together the best practices of senior management and young ideas to create breakthroughs such as their world-leading Prius hybrid technology.”

Megan pointed out that before 2003 Toyota’s Melbourne plant had lost so much money that HO in Japan was on the verge of shifting it to Thailand.

“It takes three years to change culture and another three to embed the changes; and there is nothing in the research on how the Melbourne plant turned itself around and developed its innovative culture.” She was even more dismissive of the claim that, “In Toyota, all staff have been focused on quality for decades…(and) on top of this mature base of ‘quality capability’, it is a natural step to introduce and expect innovation throughout the company.”

I had to agree. Quality mindsets are diametrically opposed to innovation mindsets and there is no natural step. Companies that have implemented CI approaches have married proactive improvement with quality control. But in a three-way contest, without a concerted board-endorsed, CEO-led process of cultural and structural change and skill development; quality and CI that is already in place will stifle innovation.

Megan concluded that this is why, unlike Toyota, Nokia, Google and Apple, many companies with good quality and continual improvement practices are challenged by the task of introducing and integrating innovation.

Potter, having regained his composure, attempted to take the floor. I stepped in and encouraged them to cross swords elsewhere and to come back with something better. To my surprise, they had a new and improved idea assessment list on my desk the next morning. However, it was clear that much more heat would be generated before the principles were reconfigured.

Ten tests of an innovative idea

1. Does it provide benefits that are clearly superior to existing alternatives?  Can we step into our customers’ shoes and articulate the value proposition: what is new and why it is much better?
2 Have we assessed demand? Is the market big enough? (The marketing stuff)
3. Do we have/can we find good channels to the consumer? (More of the marketing stuff)
4. Can we scale it? Can it be mass-produced with consistent quality?
5. Do our key people who are involved have the skills, experience and courage to make it work?
6.  Does it leverage our other tangible and intangible assets?
7. Can we protect it? Have we got IP and control over the IP, or other forms of protection?
8. Is it aligned with our firm’s overall business strategy?
9. Will it generate enough payback/profit to make it worthwhile?
10. Does it create value on three dimensions: financial, environmental and business sustainability?