The truth about outsourcing: It may get messy 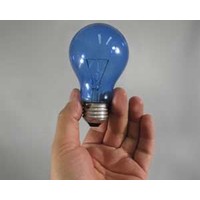 When outsourcing hits the headlines, the story is usually about a struggling company slashing staff in a bid to stay afloat. The traditional economic view of outsourcing – where a company contracts a business function to someone else – is not so different, albeit couched in less emotive language. But an alternative view of outsourcing is emerging.

Research by Dr Sasan Bakhtiari, an economics lecturer at the Australian School of Business, suggests cost is only one reason for outsourcing. Companies that try to save money by hiving off important parts of the production chain may be left vulnerable to poor-quality outcomes, he warns.

The news is more encouraging, however, for companies that approach outsourcing as an opportunity – a means to improve their outputs by tapping into skills, expertise and technology that they lack in-house.

Bakhtiari analysed Australian Business Longitudinal Survey data on the profitability and operations of manufacturing firms to build a picture of local outsourcing. The study found that the least productive firms and those with the highest costs were the most likely to contract out – and these are the businesses that harvest the highest efficiency gains from outsourcing.

“Relatively efficient firms seem to contract out for other reasons, such as penetrating export markets and focusing on innovation,” Bakhtiari writes in the paper Efficiency and Outsourcing: Evidence from Australian Manufacturing.

Typical functions that are outsourced among manufacturers are maintenance, janitorial services, catering and transportation jobs, all of which have to be done locally.

How common is it?

While Australian firms outsource less to other countries than their foreign counterparts, the local economy is nonetheless part of the global trend towards increased outsourcing. For example, the Asia Pacific business process outsourcing industry comprises a large number of organisations across diverse operational services from animation to payroll processing and has an estimated value of over $6.4 billion per annum within Australia. The Australian BPO Report 2012, published by IBM and The Sauce, estimated that between 45% and 65% of Australian organisations engage in some form of business process outsourcing.

The trend has given rise to a new type of company where the traditional boundaries that define a firm are becoming increasingly blurred, with more and more functions being subcontracted to outsiders. Independent contractors now make up about 10% of the total Australian workforce.

Bakhtiari illustrates the difference in attitudes and results from outsourcing with the example of a notional manufacturer, which makes its products using processes A, B and C. “You have processes A, B, C and together they produce the output,” he says. “So you start looking for someone who can do A very well. So I just get rid of A and allow them to supply me with that. So then I have a good A, and I was already doing a good B and C, so my product improves.”