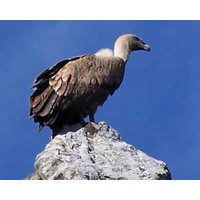 Since defaulting on its debt in 2001, Argentina has been locked in a decade-long battle with international investors.

Tensions between the country and institutional bondholders reached new highs on October 2, when the Ghanaian government seized the Argentine tall ship ARA Libertad. The ship was prevented from leaving the port after a Ghanian court upheld a court order at the request of Argentina’s creditors, led by US hedge fund Elliot Associates, who are suing Buenos Aires over its 2002 bond default. NML Capital, a firm affiliated with Elliot Associates, is currently trying to recoup $1.3 billion of debt from Argentina through the US legal system.

The fund was created by Paul Singer, a strong backer of the US Republican Party and former Republican presidential candidate Mitt Romney. According to The Guardian, Singer’s money-making strategy involves “buying distressed debt cheaply and selling it at a profit or suing for full payment”.

Such speculative financial and profitable operations are performed by hedge or financial funds known as “vulture funds”, which obtain their name because they hover like vultures over the remains of moribund companies or debtor states like Liberia, Peru and Argentina. As such, these funds operate in a highly opportunistic and exploitative manner.

According to investigative journalist Greg Palast, they “buy up the debt of the poorest nations on the planet, usually for pennies on the dollar, then sue or use other means to squeeze the nations to pay 10 times, even 100 times, what the vulture fund paid for the debt”.

Palast also notes that Liberia was sued to pay $20 million to such a sovereign fund — the equivalent of building almost half a million homes in the former war-ravaged nation. This practice has cost many African and Latin American nations millions of dollars and created immense social distress. The practice continues to persist unregulated around the world, netting millions of dollars without regard to the social consequences of the most destitute people in the world.

Hector Timerman, Argentina’s Foreign Minister, explains at the Huffington Post that “vulture funds” originated in South America and then spread to Sub-Saharan Africa.

“In the ‘90s vulture funds took flight and, have since then, landed on the Democratic Republic of Congo, Congo Brazzaville, Liberia, Zambia, Cameroon, Ethiopia secretly acquiring debt at bargain prices. They then waited for debt relief policies from the World Bank, IMF and wealthy nation-states to launch their attack presenting their titles before American and European courts and suing for the full value of the debt”.

In 2002, Argentina defaulted on its debt, which had been accumulated as a result of extremely poor economic management by successive governments. A large part of this debt was generated during the military’s dictatorship, which conducted a “dirty war” between 1976 and 1983 on its political opponents. This was a murderous period which saw the disappearance of nearly 30,000 political opponents.