Abbott heads north: what trips up Australian businesses in Indonesia 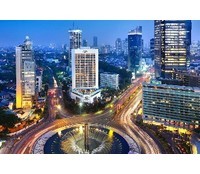 Prime Minister Tony Abbott, in his first overseas trip as leader, is off to Indonesia. And so, increasingly, are hundreds of Australian businesses, keen to capitalise on the growing middle class of the giant to our north.

But Tamerlaine Beasley, the managing director of cultural consultancy Beasley Intercultural, says she doesn’t get asked about Indonesia nearly as often as she does about China.

“With the businesses I deal with, Indonesia often doesn’t come up,” she told SmartCompany. “It should. It’s a huge potential market for Australian businesses. To have 240 million people on our doorstep in one of the region’s most rapidly growing economies is a huge and largely unexplored opportunity.”

Indonesia is the second-fastest growing major economy in the world after China. Since the departure of President Suharto in 1998, GDPs raced up at 5% a year. The nation skipped through the GFC with barely a blip.

Unlike China, its population is young, and its middle class is rapidly growing. Indonesia has the world’s largest Twitter community. And that’s not all.

“The thing about Indonesia is because of the ASEAN trade agreements, it’s going to be part of an integrated market between all south-east Asian economies,” Beasley says. “The hubs of ASEAN are Bangkok and Jakarta. So it’s not just a huge market. It’s a springboard to an even larger one.

“We rush towards China and India often without realising there are more accessible business opportunities right on our doorstep.”

One business that didn’t make this mistake is second-hand textbook start-up Zookal. Its founder and CEO Ahmed Haider told SmartCompany this morning that setting up in Indonesia would do wonders for his company’s growth.

“It’s simply a huge market. Everyone realises that,” he says. “It’s similar to what China was five years ago, where everyone is in awe of the size.

“But in China, a lot of people got burnt very quickly. They didn’t understand the nuances. So we’re taking a cautious approach.”

Instead of heading straight to Indonesia, Zookal has expanded into Malaysia, and plans to expand into Indonesia second.

This choice was driven by a realisation that the legal environment in Indonesia was rather different to that in Australia.

“Asia is a bit like the Wild West for start-ups. You can set up shop and a week later have your business stolen.

“In terms of things like incorporating a company, enforcing your trademarks, and ensuring that as an organisation you can function as you do locally, we were advised that Singapore is the environment closest to Australia. Malaysia is in the middle, while Indonesia is at the other end of the spectrum.

“But we do intend to go there. Getting any type of penetration in Indonesia would be a huge success for us.”

The thing that Western businesses often forget about Indonesia is that it’s a remarkably diverse economy and society, Beasley says.

“If, for example, you’re going to Java and Jakarta, you can’t assume that your strategy there will work elsewhere. There’s huge cultural diversity that comes from thousands of islands and millions of people from different backgrounds.”

The other mistake, she says, is businesses failing to understanding how the business environment differs from a cultural perspective.

“It’s very important to build trust in relationships,” she says.

“One of the realities in Indonesia is the issue of corruption. It’s something the Indonesian business community is struggling with and is very hard to overcome. So Australian businesses need to do very good due diligence and know who they’re going into business with. You need to really trust them, and be able to have a long-term relationship with them in the business world.”

For this reason, she says, it’s important to go in with the help of organisations like the Australia-Indonesia Business Council.

“It’s absolutely critical to go in with support,” Beasley says. “You won’t always be able to speak in English, so having people who speak Bahasa Indonesia is important.

“It’s also important to have people who can understand the nuances of communication. Indonesia is a country where people communicate indirectly. The word ‘no’ is rarely used. But people will disagree with you, and you need to pick up on it when they do.”

For larger companies going into Jakarta, it’s important to be aware of the social environment.

“There are some very significant and very large family business networks in Indonesia that you need to be aware of,” Beasley adds. “There are lots of small, micro-businesses, but if you’re going in as a corporate, it’s important to understand the significance of the top 100 or 200 families in Jakarta. They control a lot of things, and can be very politically well-connected.”

For all the difficulties though, Indonesia’s business and political class are largely very welcoming of Australian businesses increasing their ties with the company, particularly in Indonesia’s provinces. This was a point emphasised last year at the Australia-Indonesia Summit.

Ross Taylor, a former WA government regional director to Indonesia and current president of the Indonesia Institute, recently described how he helped one Australian business export to Indonesia.

“A few years ago I took some regional mayors from Indonesia to Western Australia, to look at the wine-growing regions,” he told LeadingCompany.

“We were driving along in a mini-van, it was dark, and they kept pointing.

“It turned out they were interested in the triangular cat’s eyes we have on the roads to stop accidents in the dark. They wanted them because they had such high accident rates in their home towns. I checked who made them. It turned out to be a family-owned company in Western Australia.

“I rang them up, and they were soon doing their first export to Indonesia.”

Sometimes, it doesn’t get more complicated than that.