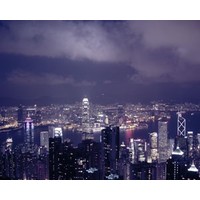 Reverse innovation in the automobile-infotainment division of Harman International was impressive.

The US-based business, known for ultra-sophisticated dashboard audio-visual systems by German engineers, developed a radically simpler and cheaper way to create products in emerging markets and applied that method to its product development centres in the west by using a two-part approach that encompassed change from below combined with astute leadership from above.

A small team based in India and China set goals, created a new organisational structure and adopted new design methods while chief executive Dinesh C. Paliwal rebranded the company’s future, shifted the corporate centre of gravity to emerging markets, ensured that legacy units continued to thrive and averted conflict between old and new.

That approach ultimately enabled Harman to offer an unprecedented range of products in a continuum of markets from low-end to luxury.

When Paliwal became CEO of Harman in 2007 its infotainment division, which makes factory-installed systems that integrate GPS navigation, music, video, cell phone and internet, led in the luxury car segment.

The division had 70% of the market and accounted for two-thirds of the company’s $3 billion revenues.

Because the high end had little room for growth or margin improvement Paliwal sought new opportunities in emerging markets where India’s Maruti Suzuki and other manufacturers had achieved price points that would have been unimaginable in the developed world.

Determined to build a low cost design and manufacturing platform in 2008 Paliwal commissioned a project that took a new approach – he understood that innovating for emerging markets would require radical changes in key aspects of the business.

The company placed the initiative – named Saras, which means adaptable in Sanskrit – within emerging markets.

The team comprised a software group in India and a hardware group in China, with the head count kept low to ensure flexibility and to encourage members to take initiatives.

The project was run by people who were familiar with emerging markets and deeply rooted in the company culture.

The Indian group was led by Arvin Baalu, who is Indian and the China group by Kelei Shen who is Chinese. Both were leaders with established credibility at Harman.

They reported to Sachin Lawande, who had been the chief software architect in the infotainment division rather than to the head of the automotive section which would have been usual at Harman. Lawande reported to Paliwal.

The team included three engineers from Germany and three from the US in order to maintain connections with the division’s traditional product development centres. To facilitate sharing the legacy engineering units were compensated for transfers of needed technology.

Lawande realised that the project would require a new approach to innovation and he challenged his team members to think aggressively.

The team set the goal of creating products whose functionality would resemble that of the division’s existing infotainment systems but at half the price and a third of the cost.

Harman wanted a new product architecture that could be easily pared down or bulked up depending on market requirements.

To meet that goal as well as the audacious cost target the team adopted several other principles including simplicity, modularity and third party solutions.

It chose to work with standard technologies rather than those invented at Harman and it abandoned the company’s traditional practice of performing costly after sale customisation.

Products would be assembled from a menu of predesigned features and functions with modularity extended to software, allowing the team to more easily add or subtract features.

Change from below and above

Harman’s management of reverse innovation shows that the two-part approach – with local teams generating radical change from below and CEOs orchestrating company-wide changes from above – helps organisations to bypass traditional thinking and to integrate new logic into product offerings.

Ideally the parent company gives the local growth team the freedom to function with all the energy and imagination of a start-up, encouraging it to:

Establish radical goals: Harman’s traditional R&D methods could never have achieved such an objective but aggressive goals and the daunting constraints they imply can spark novel ways of succeeding.

Leverage global resourses: Teams in emerging markets must make full use of multinationals’ extensive assets and continue to interact with legacy units. By recruiting several of Harman’s German engineers to join his team Lawande was able to tap into Harman’s global expertise.

Choose team leaders without conflicting interests: The team should be led by an executive whose highest priority is the project otherwise the project will be poisoned by traditional thinking that aligns with the company’s dominant revenue stream.

The CEO is responsible for supporting project level actions and ensuring that they have a constructive impact on the company, specifically by:

Rebranding the company’s future: Denial and resistance flourish if there is no communication from the CEO so he or she must create a new picture of where the company is going.

Shifting people and power to emerging markets: You cannot change the dominant logic without changing the people and the hierarchy. Paliwal hired two high profile executives, one from Bosch and one from Philips, and put them into newly created positions overseeing sales, marketing and distribution for India and China.

Increasing R&D spending in emerging markets and focusing it on local needs: Paliwal shifted the engineering function’s centre of gravity from Germany and the US to emerging market, where local carmakers’ needs were apparent every day.

Bulking up on emerging market knowledge and expertise: Shattering the mindset and integrating reverse innovation are often impossible at western multinational companies unless leaders fully understand the huge potential of emerging markets.

CEOs can increase knowledge of emerging markets by including leaders with deep experience in the developing world on boards of directors and top management teams.

Harman assigns managers to two-year stints in emerging markets for personal and professional growth, fostering the sharing of expertise between legacy units and Saras.