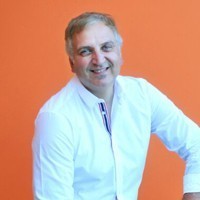 It’s the second time Exto Partners has funded the startup, with this capital being used to push for international expansion and to support the development of new services.

The enterprise music service is based in Melbourne but looking to rapidly expand to the US and Asia, managing director Con Raso says.

A second helping from Exto

Exto Partners managing director Will Deane will be joining the startup’s board as part of the agreement, and says it was the demonstrated growth that made it most appealing.

“We initially invested in Tuned Global 18 months ago and have been thrilled with its growth,” Deane says.

“We have no doubt that Tuned Global’s international expansion, significant customer growth and high rate of end user adoption will make it one of Australia’s real startup success stories.”

The startup offers a way for other companies to use digital music streaming for marketing.

Tuned Global allows companies to connect with customers through the use of three customisable music services: a music streaming app, music toolbox technology and music download platform. This can be rebranded to suit the company and gain insights in their users.

“Tuned Global connects directly with audiences to offer the music that everyone wants, while providing these brands with deep insights into their customers,” Raso says.

Tuned Global has agreements with large music labels including Universal, Warner Music Group and Sony BMG, allowing the service to have access to over 16 million songs.

The startup is now operating in six countries in the Asia-Pacific region, and has had 500 million songs streamed and 100 million downloaded through its services.

The online music streaming market is booming, and companies are rapidly moving to capitalise on this. According to a 2014 Nielsen Music Report, 67% of music consumers listen online, with 164 billion streams in the year.

Studies have also found that users develop a strong attachment to a music streaming brand. A Spotify Impact Study found that 61% of music streamers are likely to recommend the brand.