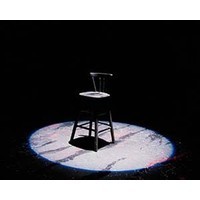 Five billion dollars is a lot of money. The US Justice Department claims that was the total losses incurred by US banks and credit unions that invested in collateralised debt obligations (CDOs) rated by Standard & Poor’s (S&P) in the six months prior to October 2007. It is those losses that underpin the government’s civil action against S&P, based on legislation passed in 1989 (after the Savings and Loans crisis), which enables the government to initiate legal proceedings against those believed of defrauding financial institutions.

This is, to say the least, a contentious and complex issue — and a potential goldmine for lawyers. The ratings agencies (S&P, Moody’s, and Fitch) have always relied on their accreditation by the US government as Nationally Recognised Statistical Ratings Organisations (NRSROs) to assert that their ratings are no more than an opinion. Consequently, and because they do not charge investors for their ratings, they are thus not subject to lawsuit by aggrieved investors who have relied on those ratings.

Their privileged (until now) position has been further strengthened by two other factors. Entry into the ratings business (becoming a NRSRO) has been difficult, entrenching the incumbents as the dominant providers of ratings services to issuers of securities, from whom they obtain the fees that underpin their business models. In addition, various pieces of regulation have led to institutional investors relying (or being required to rely) on ratings as a method of demonstrating that they have invested prudently.

Since S&P and other NRSROs do not “sell” ratings, nor the CDOs in question, nor provide advice to buy such securities to investors, what can be the basis for a charge of fraud? Ultimately, it must come down to their role in the supply chain of CDO creation, and specifically to having knowingly provided misleading or incorrect ratings for which they were paid fees by the issuers of the securities. An analogy might be with the sale of a car where the manufacturer has airbags installed by a third-party supplier who attests to them meeting to certain safety standards – when, in fact, the supplier knows they do not.

At issue here will be the question of whether S&P knew (or perhaps should have known, based on information held by its employees) that it was providing faulty ratings. And a defence could certainly be that the ratings were done in good faith using “state of the art” financial modelling and analysis and the best data available. Since virtually everyone underestimated the risk, and overestimated the quality of CDOs generally, that argument could have some credibility.

But the government case seems likely to rely on evidence from internal emails and memos, which support a case based on two commonly held perceptions about the inherent failings of the NRSRO model.

First, the development of structured financial products such as CDOs induced the ratings agencies to move out of the traditional market of rating government and corporate securities. In the new financial world, investment banks structuring products could “slice and dice” (tranche) them and incorporate different underlying loans in various ways until they met the criteria laid down or recommended by the ratings agencies. This is a quite different level of involvement to the rating of relatively straightforward government or corporate debt, with potential for conflicts of interest, – and generated massive fee income from the investment banks.

Second, competition among the ratings agencies for this business could, in the absence of appropriate accountability, lead to a loosening of criteria – “buying business” by lowering the standards required to achieve a triple-A rating. The counter argument, of course, is that the ratings model relies on reputation, and that any short-run lowering of standards would not be in the organization’s long-run interest. But whether accountability, remuneration and governance models gave adequate weight to such long-run issues is at least questionable.

More generally, reputation is relative. If all three ratings agencies were participating in a race to the bottom in pursuit of massive fee income, there would be less incentive not to follow suit. In that regard, there is little reason to suspect that the US government will not, at some date, also target the other ratings agencies.

Kevin Davis is the research director at Australian Centre for Financial Studies.