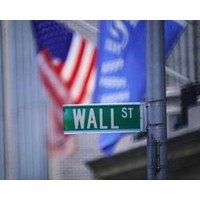 The finding: Even though a company’s success at innovation can be predicted by looking at its track record, investors don’t favour the stocks of firms that have proved they’re effective at research and development.

The research: Chris Malloy and his colleagues mapped 30 years of US corporations’ R&D expenditures against their sales revenues, ability to generate patents, patent citations and new product launches. They found a simple pattern: companies that had large R&D budgets as well as a history of converting innovation into growth were likely to continue that strong performance. Yet in the short term their shares didn’t command a premium over those of companies that spent the same percentage of their sales on R&D but had a poor record of generating value from it.

The challenge: If it’s so easy to assess a company’s ability to innovate, why are investors so bad at it? Professor Malloy, defend your research.

A: I got my PhD at the University of Chicago, which is the home of efficient markets. I’ve been trained to assume that share prices typically reflect all known information about a company. And I believe those prices are usually correct. But the findings are clear: if, from 1980 to 2009, you’d bought the “good” R&D companies (that is, high R&D spenders with strong track records over the previous five years) and shorted the “bad” ones (high spenders with weak track records), rebalancing annually, you would have earned an extraordinary return of 11% a year.

So why are investors ignoring the likelihood of R&D success? Because innovation is one of the more opaque activities companies undertake. R&D is uncertain. You never know when it’s going to pay off. It’s the hardest thing on a balance sheet or an income statement to value, and yet it can have a huge impact on a firm’s overall value. Could anyone have foreseen 10 years ago that Apple was going to come up with the iPhone?

Q: But your research suggests you could have predicted that Apple would have a big hit, by looking at its track record over the previous five years.

A: Yes, the findings indicate that the past is a very good predictor of future performance for companies that spend a lot on R&D. There are some firms, like Apple, that are consistently better than others at translating that investment into strong sales growth. My co-authors on this study, Lauren Cohen of Harvard Business School and Karl Diether of Dartmouth’s Tuck School of Business, and I showed that this might be due to the influence of a founder, like Steve Jobs. Now we’re looking at other potential explanations, like culture or human capital.

Q: Are you saying that a company with a good R&D track record won’t screw it up, and one with a bad track record can’t turn it around?

A: No. But on average, that’s the case. Seventy percent of the time, if you’re good one year, you’ll be good the next.

Q: If I’m the CEO of a good R&D company, what should I be telling Wall Street?