We’ve mistaken “the rise of unicorns” as a sign of good innovation: Professor Rufus Black 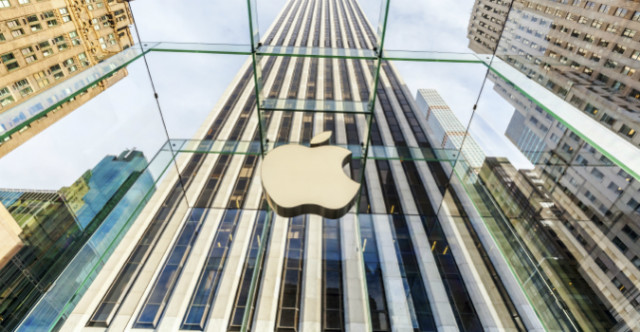 “We have mistaken the rise of unicorns and tech giants as a sign of good innovation,” according to professor and strategic advisor Rufus Black.

Speaking at the 2016 Creative Innovation conference in Melbourne in November last year, seconds after Donald Trump won the US election, the Ormond College master and ethicist asked: how did we get here?

In San Francisco, home to some of the world’s leading tech companies, the concentration of wealth and power has come with high rates of poverty and crime across the inner city, according to the Wall Street Journal.

“[There has been] a reduction in the ability of startups to scale in a meaningful way,” said Black.

“We’re seeing the rise of oligopolies.”

Referencing an article published by The Economist, Black said the increasing concentration of ownership has allowed a handful of tech companies to profit at unprecedented levels.

“This means the fruits of economic growth are being hoarded,” The Economist reported earlier this year.

The Economist adds that since 2008, US companies have engaged in $US10 trillion ($13.8 trillion) worth of mergers, the largest round in American history:

“But high profits across a whole economy can be a sign of sickness. They can signal the existence of firms more adept at siphoning wealth off than creating it afresh, such as those that exploit monopolies. If companies capture more profits than they can spend, it can lead to a shortfall of demand … High profits can deepen inequality in various ways.”

Black argued the ongoing acquisition of small companies by the likes of Facebook and Google is creating an “anti-competitive” environment.

“How? They use their network effects to dominate,” he said.

His words echo those of Australian Competition and Consumer Commission chairman Rod Sims, who recently questioned whether the watchdog should keep an eye on the rise of tech companies and their effects on the market, especially for new and small players.

“We need to take a view on whether this sort of activity is taking out future competition and entrenching the incumbent,” said Sims.

Black added that small players in the market don’t have the financial power to use regulation or regulators like the ACCC to their advantage.

“[Oligopolies] use patents in ways that restrict competition,” he says.

“Apple shouldn’t have been allowed to patent rounded corners.”

The trend can be reversed, said Black, who believes “much can be done to fix this problem.”

Black, who helped establish the Wade Institute of Entrepreneurship at Ormond College in Melbourne, believes more should be done to reduce the concentrated power of large companies. He wants harder and tougher action so smaller companies have a fighting chance of surviving longer. He suggests setting the bar higher on mergers and acquisitions so they don’t undermine competition, and he wants genuine protections for new players in the market.

“We need to think about how we open new networks so it’s more collaborative and inclusive,” he said.

In line with this, Black called for a “fresh look” on intellectual property.

“Forty to ninety percent of patents aren’t used by the owners, if you can’t use it – you should lose it,” he said.

“We need to be able to ensure that technology becomes more available to a wider group of people.”

And as tech companies and the digital age takes over, he said startups are only a small piece of the puzzle.

“We definitely have to work on skilling up the population,” said Black.

“The role of startups is, yes to create jobs, [but] we’ve got to create startups that grow [and] create conditions for growth so a range of jobs is created.”

“Forty to ninety percent of patents aren’t used by the owners, if you can’t use it – you should lose it,” he said”

Why? There is no justification for this statement. If others want the invention, they can buy it. Or steal, which sadly is the norm. Gov should UNCONDITIONALLY back inventors.

I invented a CPU Cooler – shifts 3 times the heat of any other. Thinks ‘this could help intel, I read their CPUs are melting’. Try to discuss it with them – not reply, they just forward my correspondence to my competitor. (Competitor told me.) And you tell me I should lose the rights to it, Rufus?

That is why it will probably never see light of day.

Problem is that for every “real” patent there are a dozen patents created around vapour – ideas without practical solutions. These are dragged out when someone does the real work and industrialises the product. Patent and copyright trolls, and unethical companies such as Apple are making a mockery of the system, and use it or lose it is as good a solution as any.

If your product is really good, go it alone. Sell to the small guys, tech heads and geeks. Let the big guys come to you when you’ve proven your product.