What can you get done in four years? 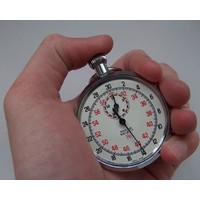 Take five CEOs of ASX100 companies. By the end of the year, the odds are only four will be in the same job. It’s not good for the long-term performance of companies.

That’s the finding of a report on CEO tenure, CEO turnover: implications of declining tenure and longevity risk, released yesterday by Goldman Sachs Australia. It found the length of time CEOs spend in the top job has declined by nine months in the past five years. The median ASX100 CEO tenure is now only 3.9 years. If the eight ASX100 companies who have had the same CEO for more than 15 years are excluded from the analysis, average tenure is shorter than an election cycle, at only 3.5 years.

The window of opportunity for a CEO to execute on strategy is shortening – to two to three years – after which time their position is at risk if they are unsuccessful, the report states.

The declining longevity of Australia’s top CEOs began during the GFC. In the five-year year period from 2003 to 2007, CEO turnover averaged only 9% per year. In 2009, the rate spiked to 22%. It has since come down somewhat, but slowly.

But Goldman Sachs thinks the change can’t all be attributed to the GFC. The company lists three other factors affecting the churn: an intensification of competition for the top jobs due to globalisation, a greater focus from shareholders on corporate governance, and an increased general focus on short-term results.

The analysis shows that the mere act of having a new CEO is enough to raise or lower a company’s share price, as investors reconsider the value of the stock. Over the past 12 years, companies that appointed a new CEO outperformed the market by 11% for the next two years, the report says.

However, the report also shows that when a CEO holds their role for more than 15 years, the company significantly underperforms in the market.

This places pressure on new CEOs to deliver – and quickly.

“A strategy that delivers negative returns in the first few years is potentially a career-limiting move for any incoming CEO given the heightened scrutiny to produce short-term results and boards’ apparent increased sensitivity to performance,” the report states.

“In our view … shorter CEO tenure is impacting decision-making, leading to insufficient regard for longer-term strategy, and discouraging long-term investment and value creation.”

The report outlines the complications this causes. While in the short-term the market rewards companies who chose a new CEO, frequent changes at the top cause a stock to languish in the long-term.

“Looking at the median returns of the ASX100 companies over the past decade, there is a very clear correlation between the number of CEOs a company has had and total shareholder returns – the market has rewarded CEO stability,” the report says.

The shortening time CEOs have is not uniform in all sectors. Industries facing rapid change, such as communications, media, financials, infrastructure and utilities, have experienced the largest increase in CEO turnover. Resources and energy companies have seen CEO tenure increase over the past 10 years, even through the global financial crisis.