What does it take to redesign an industry? 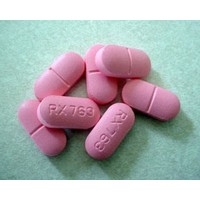 A genetics rock star, a social media investor, a research and development leader and a Spanish minister of health walk into a bar … No, it’s not the start of a joke – it’s what happened at Madrid’s Ritz recently, when Fundacion de la Innovacion Bankinter, a think tank, brought together William Haseltine, Esther Dyson, Alpheus Bingham, Bernat Soria and 26 others to develop a new model of drug discovery.

The motive force behind this conversation was what Jose Maria Fernandez Sousa-Faro, the chairman of Zeltia, called a “perfect storm” threatening drugmakers: rising R&D costs, pricing constraints, pressure on reimbursements and longer odds against any new drug’s approval.

The meeting was not convened to rescue pharmaceutical companies, though. Among its diverse participants was at least one challenger for any assumption about “how the world works”. Together they came up with a practical vision of how innovative medicines could continue to reach the market. That vision encompassed the following:

— Thus investment allocations won’t be determined by a single set of corporate criteria. Foundations and patient advocacy groups could invest in finding molecules for known targets; venture capitalists could invest in teams; a company with a promising molecule could go public. Parties could work together on some projects and compete on others.

— Patients will be a source of new streams of data, allowing drugs to be evaluated continually after licensing – an extension of Phase IV trials. Regulators could responsibly license more drugs after shorter trials, and our understanding of which drugs work for which individuals would grow.

— Patients will benefit from greater health transparency and will assume greater accountability for their own, newly measurable behaviours.

These are not pipe dreams. The group’s members were simply taking already visible scientific, financial, institutional and patient trends and anticipating how they might interact. For them, the way forward is to educate all the stakeholders about the unfolding future and help the ones that embrace it to work out the needed practices.

Back in my days at Ernst & Young’s Center for Business Innovation, I got to know Chris Gopal, who had joined E&Y in 1994 after creating Dell Computer’s pathbreaking supply chain. He had a startling perspective: “In the future, our clients won’t be companies – they’ll be industries.” He was reasoning forward from the efforts he’d had to make to restructure relationships with and the capabilities of the companies serving Dell. His point was powerfully validated a decade later, when Apple reorganised music publishing.

Yet industry redesign remains the focus of books, not businesspeople. That’s understandable: For a company, leading a collaborative reinvention effort with former adversaries is an unnatural act.

But in a time when so many facets of the industrial economy – patent and intellectual property law, antitrust law, the rights and liabilities of corporations, national pricing arrangements – are challenged by a connected world, the industry is the proper unit of analysis. And there is a recipe: Gather a diverse group of visionary experts who would rather discover a value-creating solution for all than find an advantage in a zero-sum game. Structure an opportunity for them to listen to perspectives from fields outside their expertise and to teach others what they know. Challenge assumptions about institutional and habitual constraints. Stir and repeat.

Christopher Meyer, the founder of Monitor Networks, consults on business strategy. He is a co-author, with Julia Kirby, of ‘Standing on the Sun’, named one of the best books of 2012 by the Financial Times.