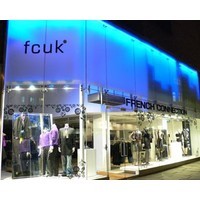 While seven out of 10 senior executives in a recent BusinessWeek-BCG survey named innovation among their top three priorities, almost half said they were unsatisfied with the returns on their innovation investments. Similar figures have been reported in the past.

It raises a critical question for leading companies in a fast-changing, economically-turbulent global marketplace. Simply put: what do we have to do to stay in front and make real returns on all the foundation science, research and development and process innovation?

The number one obstacle, according to the survey, is slow development times. Companies often can’t organise themselves to move faster, according to George Stalk Jr, a senior vice-president with Boston Consulting Group, who has studied time-based competition for 25 years.

Fast cycle times require taking bets even when huge payoffs aren’t a certainty. “Some organisations are nearly immobilised by the notion that [they] can’t do anything unless it moves the needle,” Stalk says. He says speed requires co-ordination from the hub: “Fast innovators organise the corporate centre to drive growth. They don’t wait for [it] to come up through the business units.”

Indeed, a lack of co-ordination is the second-biggest barrier to innovation, according to the survey’s findings. But collaboration requires much more than paying lip service to breaking down silos. The best innovators reroute reporting lines and create physical spaces for collaboration.

They team up people from across the organisational chart and link rewards to innovation. “You have to be willing to get down into the plumbing of the organisation and align the nervous system of the company,” says James P. Andrew, who heads innovation at BCG.

These findings led to furious discussion in our team about the ideal bundle of leadership skills and qualities. Megan, our analyst, says the main flaw in the corporate leadership approach to innovation is that they tend to forget that the easiest way to lead a growing business is to use the strengths of the leadership team members to cover up the weaknesses. She went on: “This is not to say one should ignore weaknesses. However, it takes time – months or years – to encourage a culture of innovation. In the meantime team members can help you deliver the best leadership of your business by working from their strengths.”

Our marketing magician Potter borrowed from the FCUK clothing company to pen an easily remembered, in-our-faces combination of elements that might create a culture of innovation. He recalled the way the king overcame his speech impediment in The King’s Speech – by letting out a string of expletives when he got stuck.

Peter built on the marketing innovation idea, suggesting a mnemonic of:
F: Flexibility, focus and fun
C Confidence, courage and cunning
U Understanding and utility
K Killer instinct and kindness

Potter admits you don’t usually find these qualities in leadership models. But most leadership models seem to be for managers and public servants, rather than entrepreneurs and heads of leading companies.
His ‘FCUK’ reminder skips over technical skills but it suggests that a rank and file review of barriers to progress requires a willingness to break taboos and a capability to risk doing something new and different.

Flexibility means thinking and acting flexibly. It means, for example, close supervision of a new employee with lots of potential and lots to learn on the job and a hands-off approach to employees with great job knowledge and maturity.  It means attention to detail in contracts – even negotiating the next phone or power contract – and a tolerance for vague and fuzzy thinking as you steer people through strategy explorations.

Focus is about concentration, discipline and avoidance of distraction. It benefits from being physically fit, clear about your business directions and 200% committed to them. Fun is easy, and even if you have a serious disposition, other members of your team can generate it.  Fun is also serious, as it has a unique and vital role from time to time during idea, concept and innovation development.

Confidence is superficially about sounding good and impressing others. It’s very useful in selling, leading and many other situations. Of equal importance, it’s about inner strength and conviction. It comes to the fore during lengthy negotiations, turbulent trading conditions, trying personal circumstances and after snarky questions at sales presentations. Courage is about risk-taking, sailing close to the wind (ie: deciding it’s better to ask for forgiveness than permission) and persisting during downturns. Cunning is a desirable partner of courage. It’s about displays of charm and openness, concealing cautious   cynicism, in conversations with competitors and governments. However, also look out for the opportunity to build trust over time with a handshake and contractual collaboration with potentially significant parties.
Entrepreneurial leaders have drive and ambition, whether it’s on open display or guiding a quiet achiever: the killer instinct. To take no prisoners in competitive wars can make the difference between major success and mundane progress.

Understanding is knowing why your business is performing well, adequately or less so. With people, it’s knowing what’s important to them; what’s driving them (especially during negotiations with staff) and during high-level negotiations with suppliers, customers and associates. When you unearth these things you increase your negotiation options. Utility is the old-fashioned word for value. It’s about what your customers value, what value you deliver and how you continue to deliver value as things change. It’s about ending up in your own wonderfully valuable situation.

Finally, kindness, respect and grace, at the right time and place – whether  when an employee has suffered a tragedy or when there have been significant wins –  is a quality of a leader.

So, returning to that acronymic marketing effort, we can learn a lot about what it takes to become a global leader in innovation, Wikipedia reports that French Connection began branding its clothes “fcuk” in 1997. Reportedly, the company first discovered the acronym on a fax sent from its Hong Kong store to the UK headquarters, entitled “FCHK to FCUK”. Though the brand insisted it was an acronym for French Connection United Kingdom, its similarity to the word the profanity F-word caused controversy.

French Connection launched a trademark infringement case in the London High Court challenging the owner of First Consultants UK Ltd, a computer company, over its use of the “fcuk” acronym. It was proven in the case that the internet domain fcuk.com was registered prior to French Connection applying for the UK trademark, and its claim for passing off was dismissed. Justice Rattee refused to grant an injunction, describing French Connection’s use of the term “a tasteless and obnoxious campaign”.

What really matters is that people leading businesses decide what combination of qualities they want to use, which ones they want to develop and which members of their top team will provide the rest.  In the end it requires more than a slogan and a good advertising effort to build a viable and sustainable company.