What we can learn from the class of 2007 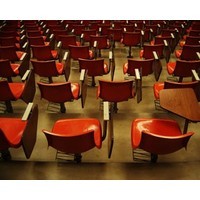 The class of 2007 – those who sold their businesses at the pre-GFC peak – are the new bankers and advisers to growth businesses.

The Harleys have been parked and the ‘wind down’ residences in Europe, Tasmania and New Zealand shuttered as many who sat out the GFC trickle back into business.

The reasons are a varying mix of boredom, banks and financial advisers, and real opportunities.

For the class, aged mainly 50 to 70, who built businesses through the 1970s to mid-2000s, the last half decade has been a period of teeth-grinding frustration.

There’s a strong view that while 2007/8 was worryingly close to a financial cataclysm, there’s been a general wimpishness from many in business and banks about the recession we aren’t in yet or haven’t yet had. Survivors of the 1981, ’91 and ’99 recessions look askance at today’s caution given the relative lack of corporate bloodbath and such low interest rates.

Because so many of my fellow classmates have been caught up in strong non-compete agreements, we’ve had to look outside out traditional areas of business to offer dollars and expertise. Or even make a geographical move.

As an example, one class member excluded from mining services in Australia has taken a stake managing the logistics of two mines in Africa. He has given up a spectacular tropical beach view, and battling state government approval processes, to negotiating to buy cheap equipment from recession-hit European suppliers to run semi-processed metal in convoys across war-torn Africa. Certainly more excitement than a Harley ride to a coffee shop and a return on investment reaching new heights. That’s because he found a solution that eluded the majors.

Most of us are not taking up AK47 lessons in our more active retirement. But a potent mix of money plus experience leads to interesting paths.

Another former miner is advising and financing an experienced hardware retailer to supply to mining towns. They buy country hardware stores and their stock cheap and stay away from the big-box chains’ wars in major centres. His knowledge of the cycle of supply into developing mines and how to handle tight mining company supply contracts is invaluable. Cheap money plus expertise has resulted in a doubling of revenues and trebling of bottom lines. The low-risk base of property is achieving 7%-plus above best bank deposit or share dividend returns. The higher risk retail operation is achieving even better with a real capital growth potential. And there’s real satisfaction sharing expertise and helping some hard-working country fellows get their fair share out of the mining boom.

And the success shows his business mojo still works.

The mojo issue is important – and a danger. There’s a spectacularly sited motel sitting largely empty on the Tasmanian coast as a classmate recognises too much mojo and not enough business reality led to what is currently a poorly-performing investment. But it is beautiful.

This is a generation whose main asset is that they have been through 30 or 40 years of rough and tumble. We didn’t all plan to sell at the top. But why look a gift horse and all that. But that leaves lots of energy an expertise and money loose. Some have found satisfaction in painting, cooking and travelling in suitably large seacraft round and round and round the world. But most of my class quickly recognised their place on this earth was to put a rabble of a business into good order and growth.

Many have looked at how most plain vanilla financial advisers fluff around charging a fortune to follow the herd for an average return. Dissatisfaction with how the advisers handled our hard-earned dough is a major driver. A few lost money, but most are just not used to watching money do nothing while being charged a fee. It is bleeding obvious that to get a decent return, cautiously following the herd will not do.

And there are great opportunities. A few good people need dough and expertise. This is generally not business angel territory. Most of us lack expertise and probably patience to listen to people propose some brilliant solution we don’t understand if we’d just pour dollars down their throat.

This class, I notice, has almost always invested in existing businesses that need a turbo charge. It is a moving rather than standing start.

They are filling a great gap in the business market – helping businesses with potential reach that potential and more, or helping ugly ducklings who don’t realise what they could achieve with down-to-earth advice.

With expertise, money goes much further. Dollars saved from missteps go far to improving return on investment. Some courageous negotiating bought an ugly duckling for 60% of the amount some new operators were willing to stump up. So the business experience of a classmate saved the partner operators enough upfront capital to increase working capital to accelerate growth. So now the operating shareholders will listen to their adviser/financier, even though he has grey hair, even more keenly as his experience turbo-charges their energy.

What is most enlightening is how much expertise running a business forged over the last few decades actually still counts.

That’s the experience saying: plan before you act (and plan and plan again until it fits the facts not the dreams). If you are going to push and disrupt the market, push hard like it is the only push you’ve ever made. Have you turned the plan upside-down and asked the customers – not just a soft market research ask, but actually sold the first six to real customers – ask and ask again: is there a better way? Cashflow, cashflow, cashflow.

The greatest expertise overlooked is the people factor. People in small or emerging businesses who want to be bigger (often much bigger) overwhelmingly overlook the people issues. They have this 21st-century attitude that you just hire mates and casuals and soup them up with attitude and it will all happen. They overlook the keen discipline of strategy and structure, and the people to design and lead that structure for success.

And it is this expertise that other financiers can’t offer. Our class doesn’t have a huge weight of dollars, nor classy offices. But it does have the expertise and enough dollars to make the most out of a basic business. So return on ideas and energy (the operators) and expertise and dollars (ours) is maximised.

Crocodile Wrestler was on my business card – because what do you call yourself after 28 years running your own business in publishing, commercial construction, farming and online retail – mostly at the same time? I was also the chair of an industry superannuation fund and the Queensland Small Business Corporation. I have been on several government inquiries, such as the Transport Logistic Action Agenda 2001 and I have advised business owners in the UK, France, China and Australia on strategy, tactics, structure and generally how to head in the right direction for profit and satisfaction.