What’s your approach to innovation? 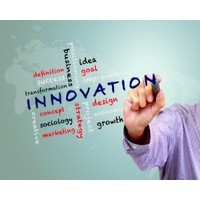 In my research and consulting work with leaders in Australia and Asia over the past 15 years, I have gained a fundamental insight into how they approach innovation. These leaders believe there are four ways to innovate: top down; bottom up; inside out; and outside in.

These approaches are not mutually exclusive, but the leaders I work with often have a prevailing mindset about which approach they prefer to use. But here is the rub – their chosen approach is never made explicit. It is simply a collective set of beliefs and assumptions; a shared understanding that ‘this is how we innovate here’. Each of these approaches has their strengths and weaknesses.

Think of the late Steve Jobs and Apple, or Jeff Bezos at Amazon. I love the story in the Steve Jobs biography (written by Walter Isaacson) of how, at the Apple annual planning conference, Jobs would ask leaders to come up with their top 10 priorities. After much wrangling the various leaders agreed upon their list, only for Jobs to dramatically cross out the bottom seven and say triumphantly that they are only going to concentrate on the top three next year.

In this approach to innovation, the CEO or a small leadership team decides what to innovate, where and when. It is fast, dramatic, fully resourced and risky, but often with big pay-offs.

The disadvantages are that it is disruptive and does not engage the ideas and creativity of anyone outside the leadership team.

Almost the complete opposite is the bottom up approach. As the name implies this is the belief that innovation best happens when it is left to the front-line staff or formal or informal teams (for example Roche or Baxter Healthcare). This approach is more democratic than others, it can lead to lots of small, incremental changes, there is less risk and it involves improvements to processes and services, not just new products.

The downside is that most of these bottom-up programs are not funded and do not have any accountability or decision-making authority. In addition they often lack focus and can run out of steam.

With this approach there is a belief among leaders that if they place enough smart, creative people in the room, magical products or services will emerge (for example Google or Dyson). The assumption being that customers do not know what they want until it is shown to them.

It is often a hit or miss affair, but when it comes off it can totally disrupt a market – just think of Dyson’s bladeless fans or Google Maps.

The advantages of this approach are that it can lead to a step-jump-leap over a competitor, and that it engages the creativity of all employees (look at Google’s 20 per cent time policy, where engineers can spend up to 20 per cent of their time on a project of their choosing).

The cons of this way of innovating are that it is messy, chaotic, there are lots of pet projects and scarce resources can be spread too thinly.

As the name implies this is the belief that the customer is king and their needs, wants and expectations drive innovation. This orientation ensures that the voice of the customer is heard, competitors are keenly followed and that outside ideas and perspectives are encouraged (for example IBM’s IdeaJam).

The often-neglected downside of this approach is that it is slow, tends to focus on product innovation only, and often leads to incremental, me-too product improvements and expensive market share battles.

The important point for leaders to remember about this framework is this. There is no single, best approach for innovation. It depends on the personality of the leaders, their growth goals, culture, history and perhaps industry. What is vital, however, is that they should make a deliberate choice between the four options and not dabble in all of them. If the approach is an outside in one, for example, then be the best in class at that. The leaders should study other companies that follow a similar approach.

Leaders should make their innovation approach decision explicit. They should tell the rest of the organisation what approach they believe is best and why. If it is a top down one, for example, then this should be stated clearly. This approach might not suit all employees but they at least know where they stand.

Deciding a suitable innovation approach is one of the most important challenges facing any leadership team. It dictates what people to hire, how to develop them, where to look for ideas and which companies to keep an eye on.