When consumers win, who loses? 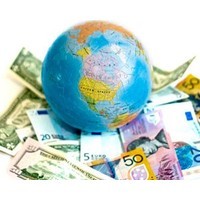 For most companies, doing what’s best for consumers makes sense. But for economies, it can be dangerous.

To understand why, start by thinking of an economy as simply two groups: producers and consumers. Government policies can favour producers through import restrictions, low corporate taxes, low regulation and easy commercial credit. Alternatively, they can favour consumers with free trade, low sales taxes, pro-consumer regulation and easy consumer credit. Either group can also get direct subsidies: tax breaks and grants for companies or transfer payments for consumers.

Every economy is a mix, but usually one group gets more goodies than the other. China is famous for its producer-oriented economy – a capitalist paradise where tariffs, government supports and generous bank loans make it easy to build a company. Consumers (and workers) have few rights and little access to credit. Experts often call on China to do more to favour its consumers.

The United States, though it had similar ‘producerist’ tendencies in the 19th century, is now at the opposite extreme. Why don’t economists call for the US to strike a balance? Because prevailing theory – the neoclassical economics that drives most American policy – doesn’t recognise a conflict. In the ideal market, companies compete so effectively that all the value they create goes to consumers, save for the minimum needed to pay for capital and labour. In theory, the choice between producers and consumers needn’t be made, because serving the latter supposedly ends up strengthening industries.

Unfortunately, this theory is making a lot of American consumers poorer right now. Sure, they can buy flat-screen TVs for incredibly low prices. But that’s little help if they’re unemployed. The effect of putting too much weight on consumers has been to make the US economy less competitive. Its companies invest abroad not only because labour elsewhere is cheaper but also because these places favour producers, offering a better chance of success. In thoroughly globalised markets, US firms are weak fish swimming in a lake stocked with piranhas – the supercompetitors spawned by governments less concerned with stock market efficiency.

In the past decade, the supposed welfare state of Germany shifted away from consumers. Value-added taxes went up, as did the retirement age. The revenue gains from taxes on fossil fuels and lower-value-added manufacturing went to support Germany’s higher-value-added industrial goods and renewable energy sectors, in the form of vocational training and research and development.

A government in favour of free trade within the European Union worked to keep EU tariffs up on industrial goods from outside the EU. Because this prevented Asian rivals from undercutting German producers, domestic companies had the confidence to invest and keep workers employed. Yet the tariffs were low enough that these industries could not devolve into complacent oligopolies. They had to seek growth elsewhere, and their worldwide competitiveness is a big reason Germany emerged from the Great Recession with lower unemployment and debt than those of other nations.

In the United States there have been cuts to public pensions and some lowering of business taxes. But such actions have been taken in the context of debates over government’s size, not to re-balance the interests of producers and consumers. (Thus, some have argued against government spending on vocational training, though that would help producers.)

By reframing the choice and recognising that voters care more about jobs than consumption, US policymakers could create a strong economy in which producers remain healthy – because the customer is not always right.

Richard A D’Aveni is a professor of strategic management at the Tuck School of Business at Dartmouth College and the author of ‘Strategic Capitalism’.)