When working at home is productive, and when it’s not 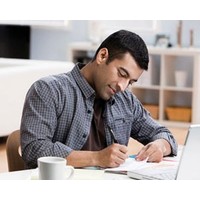 When Yahoo CEO Marissa Mayer announced a ban on working at home in late February, she sparked an uproar in the media, not to mention in the halls of Yahoo itself. The ban comes into effect in June and impacts everyone, including employees who had previous agreements with the company allowing flexible work arrangements. One irked employee sent an anonymous email to the technology blog AllThingsD saying the new policy is “outrageous and a morale killer”.

Wharton faculty members who specialise in issues pertaining to employee productivity and work/life balance were similarly surprised by Mayer’s all-encompassing policy change. “Our experience in this field is that one-size-fits-all policies just don’t work,” notes Stewart Friedman, Wharton practice professor of management and director of the school’s Work/Life Integration Project. “You want to have as many tools as possible available to you as an executive to be able to tailor the work to the demands of the task. The fewer tools you have available, the harder it is to solve the problem.”

So what is Mayer trying to accomplish by requiring all employees to show up at the office each day? A spokeswoman for Yahoo declined in an email to comment for this article, saying only, “this isn’t about an industry view on working from home – this is about what’s right for Yahoo right now.”

According to the original memo sent by the company’s human resources department to employees (and later leaked to the media), the idea of the new policy is to improve communication and collaboration. “Some of the best decisions and insights come from hallway and cafeteria discussions, meeting new people, and impromptu team meetings. Speed and quality are often sacrificed when we work from home,” the memo said.

Yahoo’s annual revenues have fallen more than 20% in the last two years to $5 billion, and in 2012 the company’s operating profit plummeted 30% to $566.4 million. Mayer, a veteran of Google, has been viewed as a saviour by Yahoo investors, who have pushed the company’s stock up 45% to $22.70 a share since she took over last July.

Friedman says there’s little disagreement in the work/life field about the value of face-to-face communication – especially at struggling companies. “When a company is bleeding profusely, it requires a great deal of interpersonal communication to develop effective responses to critical challenges,” Friedman states. “The need to be able to communicate in rich media, ie face-to-face, is much more important there than it would be, say, for a call centre worker in China, where you can measure performance in very concrete, demonstrable ways.”

Mayer’s work-at-home decision is consistent with the management style she has perfected throughout her career, according to University of Virginia Darden School of Business professor Melissa Thomas-Hunt, who published a case study about Mayer’s rise through the ranks at Google. “What we concluded was that she was very hands-on, and she liked to mentor those around her,” Thomas-Hunt notes.

“She would bake birthday cakes and would celebrate her colleagues. Relationships were really important. So I can see how she would feel that being able to see and interact with individuals would be important.”

That said, Thomas-Hunt points out that proximity doesn’t necessarily lead to better collaboration because the rise of email and other technology tools has lessened the need for face-to-face encounters. “The reality is that we’re often in the same office space, and yet we’re sending emails to one another,” Thomas-Hunt says. “Any time you have individuals trying to work together, there is potential for a communication breakdown.”

All in all, research on the value of everyone being in the office has produced mixed results, suggesting that the answer to the conundrum of how to improve productivity may need to be decided in a nuanced way that takes into account localised challenges and the needs of individuals. “The important considerations here are business considerations. You have to look at the context in which various work arrangements are effective,” Friedman notes.

As Mayer’s memo suggests, being in the office does enhance the so-called water-cooler effect –those chance meetings and unexpected conversations that can generate new ideas. “Serendipity happens at the water cooler,” says Wharton operations and information management professor Lynn Wu, who studies the impact of both personal interactions and online social networks on employee productivity.

In one of Wu’s studies, a group of workers at a technology company wore electronic badges that kept track of their face-to-face interactions for a month. Wu and the co-authors of the paper (which is under review by an academic journal) found that such meetings were associated with higher overall productivity. They also discovered that when employees interacted with key people on their teams, it sped up the work itself. “When you’re trying to transfer really complex information, face-to-face communication is a must,” Wu notes.

The benefits of in-person communication aside, it may not be necessary for all employees to be physically together all the time. Wu says her research suggests that having everyone in the same physical space is most valuable when there are new projects being launched or a defined set of problems a company is trying to solve. “It’s important when you are in the information-seeking stage or the exploration stage,” Wu states. “But there comes a point when you know what you need to do, and you just have to get it done. At that point, it’s OK to stay at home.”

Wharton management professor Nancy Rothbard says managers who want to maintain work-at-home options can foster interactions among remote workers, not only by structuring their time, but also by taking advantage of technology like Skype and other videoconferencing programs. “Maybe you say that from 10am to noon or from 1pm to 3pm, everyone is available for Skype or for conference calls,” Rothbard suggests.

“That allows people to ask questions of one another and get things done interactively.” She adds that it is important for companies to train managers on this technique and other best practices for getting the most out of employees who work at home.

Some critics of flexible work arrangements worry that working at home can present too many distractions, like crying babies, or the temptation to log onto Facebook when you should be Skyping a co-worker. But when you are able to set boundaries and handle those occasional distractions, you save a lot of time. You don’t have the commuting costs of going back and forth. And if things are going well, it can be a great experience that you can use positively in your work life.”

Rothbard adds that employees who work at home need to do a little extra legwork to manage how their colleagues perceive their engagement and productivity. Indeed, a Stanford study shows that people who work remotely are 50% less likely than their peers to get a promotion. “The employee has to manage his or her impression actively,” Rothbard says. “You have to make sure that people feel that when you are available, you are fully present. If you sound distracted, or you have kids crying in the background, or you don’t seem focused on a conference call, that’s going to be a difficult impression to overcome.”

Rothbard also suggests that work-at-home employees be as visible as possible. “If somebody posts a question on the company’s Intranet, you want to be one of the people who are responding. You need to get people to know your value, even if you’re not physically present.”

While it may seem that the Internet and other electronic venues are less personal than face-to-face interactions, some research has shown that technology can actually enhance teamwork. One of Rothbard’s most recent studies, for example, found that constant face-to-face communication among groups of software developers wasn’t essential for the members of those groups to remain engaged and focused. “There were instances of group engagement where people were on Yahoo Messenger, interestingly enough, or another interactive technology that allowed for back and forth and the focusing on a single task.”

How best to deploy technology is a challenge in every workplace, regardless of whether employees are at the corporate headquarters, in remote offices or at home. Says Friedman: “What’s interesting about the [Yahoo] case is that what we might be seeing here is a kind of swinging back of the pendulum from ‘all-virtual-all-the-time is good’ to a more nuanced consideration of: ‘When does virtual work and when doesn’t it?'”

Friedman once asked his students to compile a list of all the different ways people could interact with each other – online or off. They came up with 17 communications tools, ranging from old-fashioned phone and snail mail to today’s music-sharing apps, podcasts and blogs. “There is an array of options that people face, and the problem is we’re not conscious of the choices we’re making about which media to use.” Friedman says he often asks the executives he works with to identify the most important people in their lives, figure out what percentage of time they use each form of media to communicate with those people, and then answer this simple question: “Is that working for you?”

Friedman hopes the Yahoo uproar will eventually lead to an intelligent, deliberate discussion among all executives about when flexible work arrangements are appropriate and how companies can best manage the collaboration process so all their workers are both happy and productive. “The more supportive policies that are available the better,” Friedman notes. “But ultimately it comes down to applying those in a way that makes sense at the local level. What you want to aspire to is greater freedom for people to choose how to get things done – with clarity as to what the results need to be.”