Who cares if Samsung copied Apple? 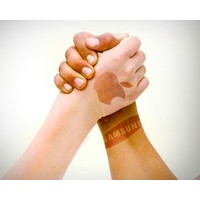 The web has been abuzz these past few weeks with details of the Apple versus Samsung lawsuit. The case has offered a rare glimpse at how these two companies operate, as the trial seeks to answer the question: Did Samsung copy Apple? But there is another question that’s much more relevant to the future of innovation in the technology industry: Would we all be better off if we allowed – even encouraged – companies to copy one another?

This isn’t the first time Apple has been involved in a high-stakes patent case. If you go back to the mid-1990s, there was Apple’s famous ”look and feel’’ lawsuit against Microsoft and Hewlett-Packard. Apple’s rationale back then was eerily similar to the one it’s using today against Samsung: The company argued that it had innovated in creating a particular graphical user interface, which Microsoft had copied – and that if the rest of Apple’s competitors did the same, it would be impossible for the company to keep innovating. Apple ended up losing the case.

But here’s the thing: Apple didn’t stop innovating. Instead, it came out with the iMac. Then came OS X, the iPod, the iPhone and, most recently, the iPad. Given that the underlying reason Apple has brought cases like these to court is to enable it to continue innovating, it’s hard not to wonder: If copying halts innovation, why hasn’t Apple stopped innovating? The fact that other companies have supposedly infringed on Apple’s patents hasn’t stopped, or even slowed, the firm’s ability to innovate. If anything, it has only seemed to accelerate it. Apple hasn’t been able to rest on its laurels; to return to profitability and eventually become one of the world’s most valuable companies, Apple has had to innovate as fast as possible.

This point is worth considering more deeply in the larger debate over intellectual property protection. An excerpt from Kal Raustiala and Chris Sprigman’s book, The Knockoff Economy: How Imitation Sparks Innovation, recently published in The Wall Street Journal, made exactly the same point. Most people assume that without protection from copying, innovation stops. However, and somewhat counter-intuitively, Raustiala and Sprigman show that rather than stifling innovation, there are plenty of examples of industries that have actually thrived because they are so open to copying. As Raustiala and Sprigman write: ”Great innovations often build on existing ones – and that requires the freedom to copy.” This even seems to be true at Apple. In January 2011, an Apple executive named Eddy Cue sent an email to CEO Tim Cook and others suggesting that Apple release a 7-inch tablet like Samsung’s, after trying one out himself. Today, Apple is said to be readying production of a tablet computer with a screen smaller than the 9.7-inch iPad.

Some might call this simple copying. But, to me, it’s a sign of a perfectly functioning competitive market.

Apple’s success proves that companies can still innovate when the patent system rules against them. To be fair, Apple has suffered plenty in its quest to innovate when it didn’t have the necessary patents under control – a recent example being Nokia’s successful lawsuit against Apple over patents related to the iPhone. But as this case also shows, companies all too often fall back on the broken patent system when they can’t compete in the marketplace.

If Apple ends up winning the case against Samsung – and either stops Samsung from releasing its smartphones and tablets, or charges the company a hefty license fee to do so – does anyone really believe that the market will suddenly become more innovative, or that digital devices will suddenly become more affordable? Or if Samsung wins, does anyone think that Apple will suddenly slow its aggressive development of the iPhone and iPad? That’s certainly not what happened the last time Apple lost a case like this.

It’s not a leap to suggest that it’s counterproductive for these companies to duke it out in court over “who might have copied whom”. After all, the Apple-Samsung lawsuit and the many other recent cases like it suggest that everyone is already copying each other, anyway. A better solution? Let’s have these companies focus solely on duking it out in the marketplace – where consumers, not courts, make the final decisions about innovation. In such a world, the best defense against copying isn’t lawsuits – it’s innovating faster than your competitors can copy you. That sounds like an ideal situation not just for consumers but for the real innovators, too.

James Allworth is the co-author of How Will You Measure Your Life? He has worked as a fellow at The Forum for Growth & Innovation at Harvard Business School, at Apple and at Booz & Co.