Who controls gas and energy in the Asian Century? 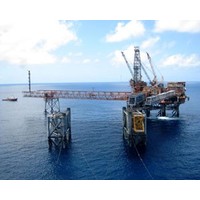 The world is changing. Not so many years ago China was a communist country closed to the West, and India was a former British colony that struggled to keep its prime minister alive, let alone contribute to the global economy.

That has now changed. Both of these countries are part of BRICS, a group of newly emerging economies, encompassing Brazil, Russia, India, China and South Africa. Two of these countries, China and India, will have a major impact on Australia’s energy resources and energy security in the 21st century.

Since the start of this century we have seen the mammoth rise of the behemoth that is the Chinese economy. Its growth – and corresponding thirst for energy – has driven much of our own economic growth and cushioned us from the substantial blows of the GFC.

Without the energy requirements of China (and to a lesser extent India) the development of Australia’s natural resources, especially gas resources from the Northwest Shelf and Timor Sea area, would not have increased so rapidly.

In the past 10 years huge new offshore gas fields have been, or are being, developed. Places like Barrow Island, Wheatstone, Ichthys, Gorgon and Prelude are becoming more familiar.

Major oil companies are racing to complete these fields so they can export millions of cubic feet of gas, in the form of LNG, to Asian markets. The investment in these fields is enormous, amounting to hundreds of billions of dollars.

These petroleum activities have had a marked effect on state and territory economies, the social fabric of many people’s lives, and the communities close to these resources.

Governments have had to grapple with the regulation of these activities, especially in a post-Deepwater Horizon and Montara oil spill world, where severe and long-lasting oil spills are not a threat, but a reality. Offshore petroleum activities are presenting state, territory and federal governments with serious and difficult legal questions about regulating such a burgeoning industry.

There are social questions too. How can we harness this explosion of activity to provide long-term social and economic benefit (perhaps in a manner similar to Norway)? How can we ensure that future generations are left with a positive legacy from this rapid expansion, in the form of inter-generational equity?

These same Asian energy markets are also driving our expanding onshore gas industry with the search for, and extraction of, coal seam gas and shale gas.

On the east coast of Australia, the legal, social and economic controversies of coal seam gas extraction have been played out on state and even national stages. NSW and Queensland are grappling with the regulation of petroleum activities, land access, and management of water resources in the already fragile Murray and Great Artesian Basins.

Since the vast majority of the eastern states’ energy needs are met by coal-fired power stations, most of the gas resources are being developed at an increasingly rapid pace for the export market. Such activities have led to social and community concern, and increasing tension between petroleum companies, communities, and governments in an attempt to balance competing needs.

A similar scenario is about to be played out in the western states. Both Western Australia and the Northern Territory have seen the effects of rapid developments in coal seam gas fields. They have commissioned reports to assess whether their current legal frameworks can regulate an explosion of onshore unconventional gas projects, especially shale gas. Such assessments identify regulatory gaps, burdens and needs for reform.

But increased demand on Australian energy resources is not just a legal question. It is a complex economic, social and political issue that needs to be addressed in a considered, unbiased manner.

Australia’s challenge throughout the remainder of the 21st century is reconciling the economic imperative of developing our energy resources to meet the ever-increasing Asian energy market, with the need to maintain our energy security and develop an Australian economy that is shielded from the damaging effects of Dutch disease. Associated legal, economic and social issues need to be addressed in order to achieve the economic development Australia needs for current and future generations of Australians.

But China’s quest for energy resources won’t just have implications for Australia’s domestic economic, legal and political policies and strategies. There are also very real international relations implications for the Asian region as China searches for energy in its surrounding waters.

China is staking its claim to oil resources in the China Sea region by flexing its military might. This may be indicative of future issues or developments. Such muscle flexing has the potential to destabilise the region, affecting Australia’s military capacity and preparedness.

The impacts of China’s energy needs and quest for sources of energy are not new. But over the next century – as energy resources become scarcer and Asian countries look to Australia’s immense gas resources – this area will become increasingly important. It may well become central to Australia’s domestic and international economic, political and legal policies and strategies.