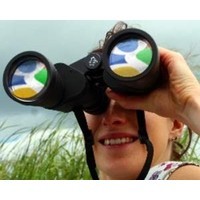 You might have heard in the past week about Google’s 20% time actually being more like 120% time – meaning the very well-publicised Google perk of getting to spend 20% of your time on self-set innovation projects is actually something you now do in your spare time (i.e. after you have finished doing your ‘real job’).

Google’s 20% time was historically a very successful way of resourcing innovation, having spawned massive successes like AdSense and Gmail.

At Inventium, we research all sorts of methods for “resourcing” innovation and Google’s 20% time has always been up there as one of the most generous ways of resourcing the “time” aspect. But people are only going to partake in it if doing so is encouraged and supported by the way people’s roles are designed.

And we believe this is where Google got it wrong.

There are two things to think about when designing people’s roles. First, you need to think about the “structural” side of someone’s role in terms of the tasks a person is expected to do within their job (often contained in their job description) and how their performance is evaluated.

If you are expecting people to innovate, but it is not in their job description or not related to how their performance is managed, then you have a pretty big challenge ahead. And this is where we believe Google got it wrong. Their performance management system – based on Stack Ranking – does not encourage people to partake in 20% time. Instead, people are largely measured on results and productivity; which 20% time projects can obviously not guarantee (not all innovation projects are commercially successful).

The other side of roles is around how you drive intrinsic motivation – systems and initiatives you can put in place to ensure people are deeply and genuinely motivated to innovate. This can involve things such as providing both formal and informal recognition, and ensuring projects are structured in a way that gives a sense of progress. We believe that Google delivers on this exceptionally well, which is why people do give 120%, rather than just stopping at 100%.

So what can you do?

1. Don’t feel that in order to resource innovation from a “time” perspective that you need people to give up 20% of their day job to dedicate to innovation.

A great example that we love comes from Half Brick, the very successful Brisbane-based game design company that created Fruit Ninja. In order to resource innovation, they started Half Brick Fridays, a fortnightly Friday afternoon company-wide event in which employees could pitch game ideas they had and form development teams. These teams then had 10 weeks to produce a prototype (which they can work on during Friday afternoons).

2. Consider how your organisation drives intrinsic motivation and actually gets people genuinely wanting to innovate. Many companies have a formal innovation recognition program, for example, in which innovation is a prestigious and high profile activity to be involved in.

3. Make sure your performance management system is linked to innovation. People should be encouraged (not discouraged) to spend time on innovation, and should be formally acknowledged for this.