The simplest way to get your customers to pay up 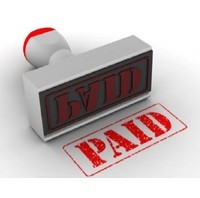 British officials had a problem: many citizens weren’t paying their taxes on time. For years Her Majesty’s Revenue and Customs service had sent letters to the late payers, using traditional threats of interest charges, late fees and legal action to try to get people to mail in their checks. Some did – but many didn’t.

So in a 2009 pilot study, for which I served as a consultant, HMRC tried a different approach: it changed the language in its dunning letters, drawing on psychological techniques to increase the odds that delinquent taxpayers would pay up.

In one letter, HMRC appealed to people’s sense of civic duty. “We collect taxes to make sure that money is available to fund the public services that benefit you and other UK citizens,” it read. “Even if one person fails to pay their taxes it reduces the services and resources that are provided.” Another used actual statistics: “Nine out of 10 people in Britain pay their tax on time.”

What compelled thousands of previously unresponsive people to mail in checks? The answer lies in a psychological phenomenon that’s widely known but poorly understood: people’s behaviour is largely shaped by that of those around them – what scientists call social norms. In particular, people are often motivated by their desire to conform with the group, especially if it’s a group with which they identify.

Social norms are not new, but many businesses are only now beginning to experiment with them as a tool to drive profits.

Here are five insights to guide them:

The most obvious business applications of social norms are in sales and advertising, where examples of tremendous results from the slight rejiggering of a key phrase abound. My favourite is the substitution of “Operators are standing by” with “If operators are busy, please call again.” The image of a call centre overwhelmed by eager customers turned a product into one of the best-selling products in infomercial history.

But in the past decade, businesses have begun to recognise that social norms can drive results in areas other than marketing. Changing the wording on the placard in hotel bathrooms urging guests to reuse towels significantly increases compliance. Instead of casting the request in terms of environmental benefits, new placards in one chain stated that the majority of guests do reuse towels – and people’s desire to comply with social norms increased the reusage rate by 26%, saving the chain thousands of dollars daily in laundering and delivery costs.

2. If no norm exists, publish numbers and surveys

The common-sense approach of highlighting others’ positive behaviour won’t be much help if the behaviour you’re trying to encourage isn’t the norm. In such cases it might seem expedient to simply invent a number that supports your cause – after all, how could any hotel guest possibly know how many other guests reuse their towels? Tempting as this may be, it’s a bad idea. It’s unethical; the odds you’ll be caught are greater than you might think; and your future attempts will be regarded with suspicion.

Weigh up two other approaches instead. The first is to cite popular opinion rather than popular behaviour; this is known as the “injunctive norm”. Pointing out surveys indicating that most people approve of healthful lifestyles can create the sense of a social norm. The second is to publish absolute numbers that suggest popularity, even if most people have not yet fallen into line.

3. Be careful what you normalise

It’s striking how many organisations fall into this trap: instead of emphasising the prevalence of the behaviour they want people to emulate, they talk about the frequency with which people do the opposite. They think that pointing out a common mistake will lead people to change their ways, but this usually backfires.

In 2007, the US Internal Revenue Service introduced additional penalties for anyone who knowingly submitted a false return. When explaining the change, the IRS emphasised that the penalties were necessary because the agency had found that large numbers of people were falsifying returns. Although one can laud the IRS for its transparency, the following year IRS auditors found a 22% increase in tax fraud. In attempting to address a problem, policymakers inadvertently broadcast the message “Look at all the people who are already doing this undesirable thing!”

Research shows that social norms are most compelling when people are shown evidence that the behaviour they’re being encouraged to adopt is already practiced by people who are like them. To increase the effectiveness of a social norm campaign, localise the data or otherwise help the targets identify with those you want them to imitate.

In our study with the British tax authorities, we later gave people increasingly specific information, sending them letters that included the payment rates in their own postcode and town; response rates to these letters were significantly higher. As companies gain access to more powerful analytic tools, they will be better able to localise their social norming efforts, just as they’re becoming more adept at customising their marketing offers.

Social norms work primarily at a subconscious level, which means that many of the people who respond to a campaign are oblivious to what drove their behavioural change. Therefore, traditional forms of market research, such as focus groups and surveys, are of limited use in a social norm campaign: when people are polled, they typically underestimate the effects of the campaign, because they usually aren’t even aware that it had an effect on them. It’s better to assess social norm techniques through a “test and learn” approach. Devise a simple experiment, track whether people behave differently, tweak the format if necessary and try again. And be aware that the solution may come from outside your organisation, rather than from an analysis of your own best practices.

Social norm campaigns won’t provide the answer every time a company or an organisation needs to change people’s behaviour. But more organisations are getting good results from these techniques; in fact, some have begun realising billions in added revenues and efficiencies. This suggests that every manager’s tool kit should include an understanding of the power and ethical uses of social norms.

Steve Martin is the UK managing director of Influence at Work, an Arizona-based consultancy, and co-author of ‘Yes! 50 Scientifically Proven Ways to Be Persuasive’.