Why a rural failure could ruin the Australian economy 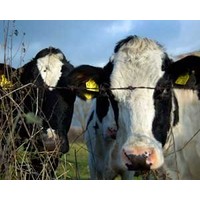 Rural research is vital. It is about 10% of our national innovation system. Annual investment exceeds $1 billion, according to the Rural Research and Development Council. The rural sector and farm-dependent economy accounts for 12% of GDP, 14% of exports, 17% of employment, 60% of the land mass and between half and two-thirds of total water use. (Mining accounts for 9% of GDP, 35% of exports and 2.2% of employment.)

The Australian government has also received the Productivity Commission Inquiry into Rural R&D Corporations and the Rural Research and Development Council’s National Strategic Rural R&D Investment Plan. All these reviews and reports say we need more and better rural research, development, and in some cases, extension.

The government has responded with a National Food Plan green paper, and a policy statement on rural research and development. The green paper has already been described elsewhere on The Conversation as “putting corporate hunger first”.

We can’t handle this one commodity at a time

The big challenges facing Australian agriculture, land use planning, and natural resource management — such as climate, energy, water, irrigation, biodiversity, biosecurity, soils, carbon, pests, weeds, land use planning and social issues — are not commodity-specific. They are cross-sectoral, demanding integrated approaches within and across geographic scales, and between government, industry and community.

The way we scope, prioritise, plan, fund, manage and disseminate rural research has to be designed to handle these big, intersecting, cross-sectoral challenges.

The strength of Australia’s rural R&D framework is the rural research and development corporations (RDCs). The internationally admired RDC model works particularly well for commodity-specific R&D. Its heart is a government–industry cost sharing partnership in which levies on production are matched by the taxpayer. This engenders high levels of industry ownership and research relevance, and strong uptake of research results and return on investment.

However, the model works much less well for cross-commodity issues. So we under-invest in these areas and in public good research generally.

The structural flaws in the RDC model were exacerbated by the abolition of Land & Water Australia and cuts to the Rural Industries R&D Corporation (RIRDC) by the Rudd Government in the 2009 budget. These were the two corporations set up with a mandate to invest in cross-sectoral, public good research.

Could a cross-sectoral R&D corporation help?

The Productivity Commission examined this in depth in its report, after 11 public hearings and 295 submissions (mine is #271). It recommended fundamental reform to the model, including a new cross-sectoral RDC. The government’s policy statement on rural R&D has picked up some of the Commission’s recommendations, but rejects the cross-sectoral RDC.

The policy statement says the necessary leadership and co-ordination of investment can be delivered in large part by the National Primary Industries Research, Development and Extension (RD&E) Framework, under the Primary Industries Ministerial Council.

The Ministerial Council endorsed the national RD&E framework in 2009. It has since approved 14 sectoral RD&E strategies and four cross–sectoral strategies (four more are under way).

How do these strategies stack up?

But most are thin or silent on other crucial elements of a competent research strategy such as types of research, governance and accountability, knowledge management and evaluation. The “E” for extension is largely missing, or treated superficially. The assumption seems to be that extension happens at a regional level and does not require attention in national strategies – seriously flawed thinking.

It is notable that those sectors with strong RDCs – for example dairy, grains and cotton – do a better job in identifying new opportunities and setting out a comprehensive, ‘investment ready’ framework.