Why are politicians so hung up on productivity? 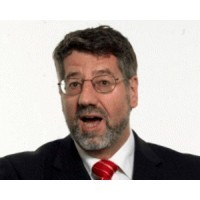 In general, productivity is a measure of the efficiency with which a task is undertaken. Normally this term applies to the so called ‘muscle workers’, as Karl Marx identified them. Those who produce an outcome through physical toil. This could apply to industries such as manufacturing, mining or agriculture, and the like.

In past years we have seen governments of all persuasions talking about improving productivity within the Australian workforce, but just what does this mean and is it the ‘main game’?

Look at the big picture

There are several ways to look at this, but in simplistic terms, productivity increases do not lead to business development or expansion, except somewhat by accident as a lower priced product may win more markets.

But to be frank, no amount of productivity improvement will allow us to compete with Chinese or Indian manufacturers that pay a fraction of the costs and overheads that industry in Australia has to bear.

In reality, if you look at a company profit and loss statement the facts are obvious.

Revenue minus costs equals profit. So if we improve productivity, costs go down and profits go up.

This is great for the boss and maybe the government that collects more taxes, but this does not expand the top line of business – revenue. To do this, new markets and new protected or innovated products are needed.

Further, in theory, if one likes to extrapolate productive improvement to infinity, what this creates is unemployment as labour is removed to achieve the same outcome to serve the same market.

Of course such an extrapolation is extreme, but in a microcosm this is actually happening in many industries, as automation to improve productivity replaces muscle workers.

Just look at garbage collections today, achieved in a fraction of the time with less effort and half the staff of yesteryear.

Further, as wages rise and business overheads increase, the drive to replace labour is even stronger. And now the flames of headcount reduction, courtesy of automation, are being fanned by low interest rates.

What is most needed is product growth

In short, what we need in this country is new products, services (ones that actually generate wealth, like inbound tourism) and innovation, protected either by appropriate intellectual property rights (IPR) or the constant drive to replace the old with the new, before the competition can react.

Productivity might have a nice political ring, but in essence, this alone is almost a lost cause in this country, and even so, of little value in building wealth.