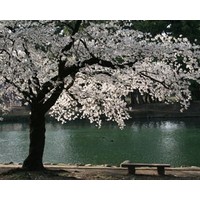 What are the issues Australia faces in the Asian Century? Rather than focusing on military strategy or trade, I see the main concerns being centred on cross-cultural philosophy – chiefly ethics and aesthetics.

The establishment of an Asian Century Institute is my vision to address this matter.

Such an institute would be a pan-cultural resource centre for the public with a firm focus on emergent forms of pop culture from a plethora of ethnicities.

In truth, “Asia” has always been more a multi-faceted cultural concept than a geographic designation. The aim of the institute would be to expand the notion of what it means to be Asian.

To some this still principally refers to that which emanates from the Asia-Pacific region of this planet, such as China, Japan, Korea, Thailand or Vietnam.

But being Asian in the 21st century is a state of mind that should transcend anachronistic oriental imagery. It should offer a distinct Eastern world-view as a counterpoint to a traditional Western framework.

Why an institute for the Asian Century?

Gastronomic influences aside, Asian culture to the West is at present an exotic amalgam of Indian and Hong Kong genre films, Japanese animation and manga, and the Korean Wave (stand by for K-pop!). Factor in Chinese geomancy (Feng Shui) and medicine (acupuncture) too. Not to mention Eastern martial arts such as Judo, Karate, Aikido, Taekwondo, Kendo, Jujitsu, Tai Ji, Qigong, Ba Gua, and Xing Yi.

Are you ready for K-pop?

Social clubs that cater to members of specific Asian nations abound within Australia but I envisage an Asia Century Institute as being a public-oriented cultural exposition centre, similar in spirit to the Alliance Francaise or the Goethe-institut.

These organisations are too language-oriented in function and monopolise what is essentially one culture in each case. The Asian Century Institute would encompass the philosophy, culture and linguistics of all Asian nations, a kind of UNESCO in microcosm but aimed at the rank-and-file thinker.

It would be an intellectual safe-haven for those with cultural roots in Asian nations, as well as those interested in learning about ways of life other than their own. Yes, Australia already has a Confucius Institute but this is too focused on China.

The Asian Institute would look at the cultural connections between all Asian nations (there are almost 50 of them) ranging in diversity from Afghanistan to Yemen.

How would it work?

The institute would offer seminars or workshops in Asian visual and performing arts, music, languages, mythology and folklore, cuisine and literature with classical examples from Indian, Chinese, Japanese, Persian and Arabic cultures amongst others.

Eastern religion would be represented by similar excursions into Hinduism, Taoism, Confucianism, Buddhism, Christianity, Islam and so forth. It would also provide a platform for public lectures in Eastern philosophy, such as Confucianism, Taoism, Shinto, Hindu and Buddhist metaphysics, Zoroastrianism and Sufi, to name a few possible schools of thought.

For a case in point, take Eastern martial arts. These are more about philosophy, examining aspects of human agency and self-control, rather than merely the grunt-work of self-defence.

An Asian Century Institute could offer short courses on, say, “Better Business through Aikido.” This may sound off-the-wall, but studies have indicated that Aikido provides a systems-based approach that can augment conventional mediation strategies.

More than a public space

As a public space similar to, for example, the Wheeler Centre in Melbourne, the Asian Century Institute could consist of a café, library and gallery, where rotating exhibitions could be held, as well as meeting rooms and a lecture theatre for symposiums, classes and/or conferences.

But instead of being located in the middle of a city, the institute should be situated in the suburbs, ideally in a region that is disadvantaged in the socio-economic sense. This way, the centre would act as an inspirational catalyst to stimulate interest in folk anthropology.

Alternatively, the institute could also be re-imagined as an entity that is more fragmented in structure, mirroring the cultural concept that is Asia itself.

The proposal in this case would be for an annexe to be attached to selected public libraries across Australia. The binding factor linking these physical nodes would be dedicated social media, which would enable online discussions across geographic distances.

Wherever it is, and whatever it looks like, an Asian Century Insitute will help develop the cultural understandings Australia will need to prosper in the region.

This is part six of The Conversation’s Australia in the Asian Century.